Charlotte Dobrovitz our 2017 Local Woman of the Year

Redfern community member and public housing tenant representative Charlotte Dobrovits has been recognised as the 2017 Newtown Electorate Local Woman of the Year.

Each year the NSW Government recognises the outstanding contribution made by women across the state to industry, community and society. Local Women of the Year are selected by their local MPs. 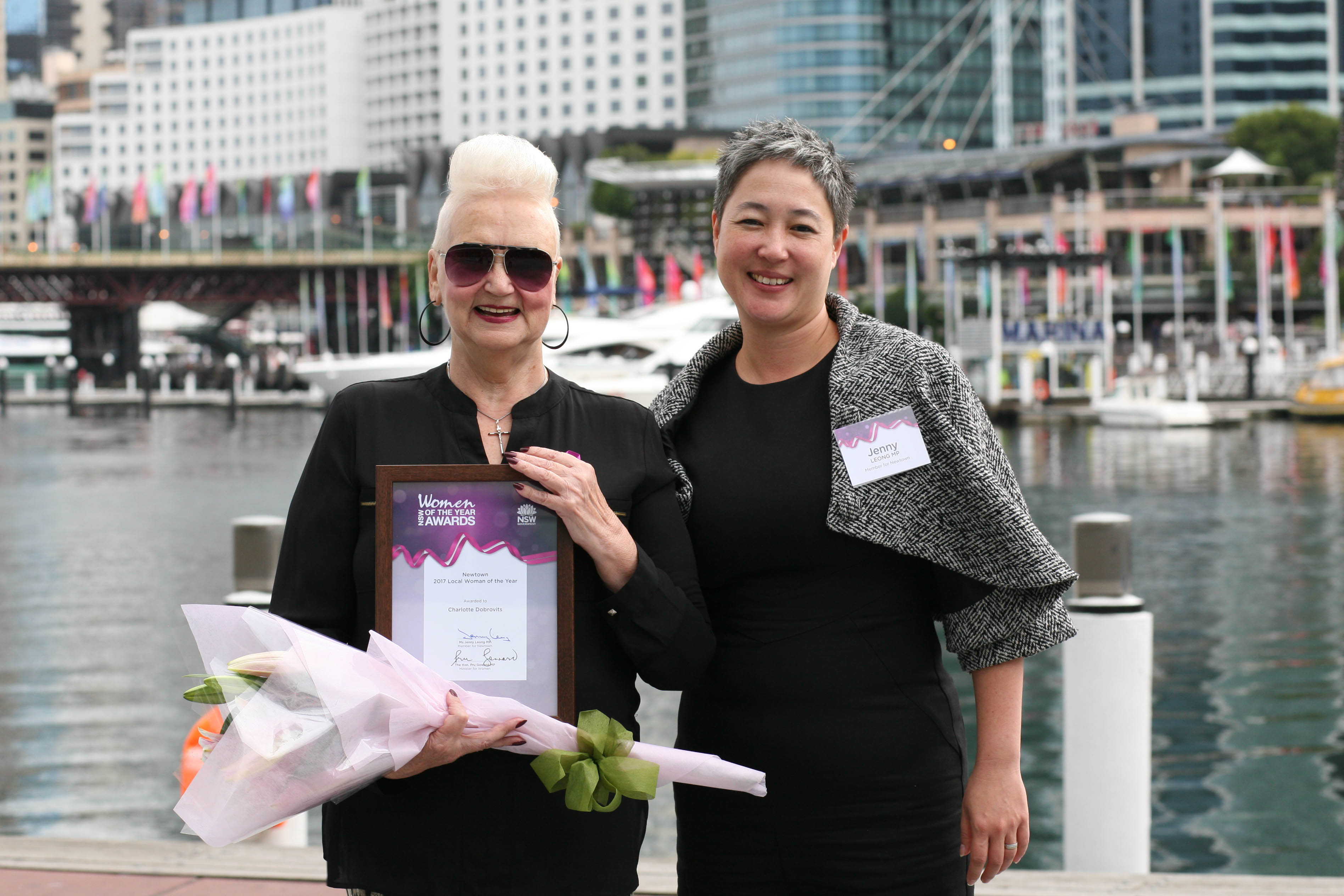 Member for Newtown Jenny Leong has selected Redfern Redfern resident and public housing tenant representative Charlotte Dobrovitz as the Local Woman of the Year in the electorate of Newtown.

In 2016, Pauline Lockie was recognised as the Newtown Electorate Local Woman of the Year for her outstanding work as a campaigner against WestConnex.

“Charlotte represents what it means to be part of a community. She works tirelessly alongside her neighbours to set up social events and provide services that bolster their local networks.

“As a determined advocate of her public housing community at Poet’s Corner in Redfern, Charlotte has engaged with government agencies, support services and local organisations to ensure that the needs of her community are not ignored.

“Charlotte knows that public housing residents count and need to be counted - in 2016 she directly assisted more than one hundred of her neighbours to fill out the Census, to make sure that her community would be recognised.

“The Newtown electorate recognises the importance of building strong, engaged and active communities. We value the work done by Charlotte Dobrovits as a representative and active member of her local community.

“There are many hard working women in my community at Poets Corner at Redfern and I am thrilled and honoured to be recognised among them as the Local Woman of the Year.”

Charlotte Dobrovits has lived in the Redfern for eight years. For the past three years she has been a Tenant Representative on the local Neighbourhood Advisory Board (NAB), the resident group that represents the Redfern public housing community.

Charlotte works tirelessly within her local community. With the NAB, she coordinates programs run out of the Poets Corner community centre, offering assistance to residents who are struggling with mental illness, financial difficulties, addiction or social isolation.  She also organises social events, to ensure that her community stays strong and connected.

Charlotte is a recent graduate of the Social Housing Community Leadership Program and a determined advocate for Redfern’s public housing residents.