Sarah Midgley our 2018 Local Woman of the Year 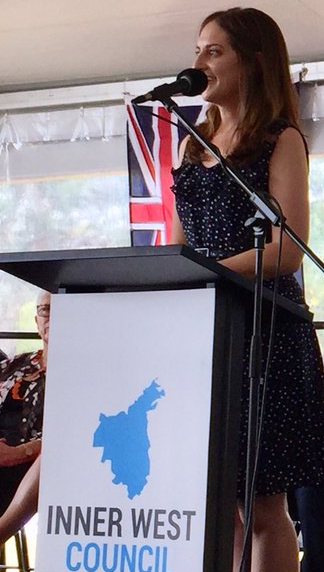 "I draw the attention of this House to Sarah Midgley, who was awarded Inner West Council Citizen of the Year 2018. Since becoming an inner west local, Sarah has dedicated her free time to volunteering in her community. She has served on the Flying Bats committee—which is the world's largest LGBTIQ football club—as well as the Sydney's Pride History Group. From 2013, Sarah served as the New South Wales Co-Convenor and Director of Australian Marriage Equality. She worked tirelessly for years to achieve marriage equality, which was finally endorsed last year. During the recent "Vote Yes" campaign, Sarah spent many hours helping at early morning market stalls, running community forums after work and on weekends, and managing hundreds of volunteers. It is because of the efforts of people such as Sarah that we were able to finally achieve marriage equality in Australia. On behalf of the New South Wales Parliament, I congratulate Sarah."