Media Release - Greens Back Aboriginal Housing in Redfern and Waterloo

The Redfern Waterloo Alliance launched their campaign today seeking action from the NSW government on the provision of and clear targets for Aboriginal affordable housing in the Redfern Waterloo area. Greens Member for Newtown and Housing and Homelessness spokesperson, Jenny Leong MP, and Senator Mehreen Faruqi, Australian Greens spokesperson on Housing, welcomed the launch – and offered their commitment to the demands of the campaign.

“I fully support this important campaign calling for real action and the delivery of affordable housing for Aboriginal people living in the Redfern and Waterloo area.

“Redfern and Waterloo sit on Gadigal land, it is land that was never ceded – and it is long overdue that the NSW Government gave priority to ensuring that Aboriginal housing sits at the heart of our inner city community – we will be doing everything we can to ensure this campaign succeeds.”

“Aboriginal communities have longstanding roots in Redfern and Waterloo, and the right to self-determination. It is critical that Aboriginal people and their organisations lead efforts to improve and expand housing in these communities.

“For too long, social housing that meets the needs of communities simply hasn’t been sufficiently provided. It’s time to change that.

“The Greens give our full and enthusiastic support to the Redfern Waterloo Alliance of Aboriginal Community Controlled Organisations and Allies for this important campaign,” she said. 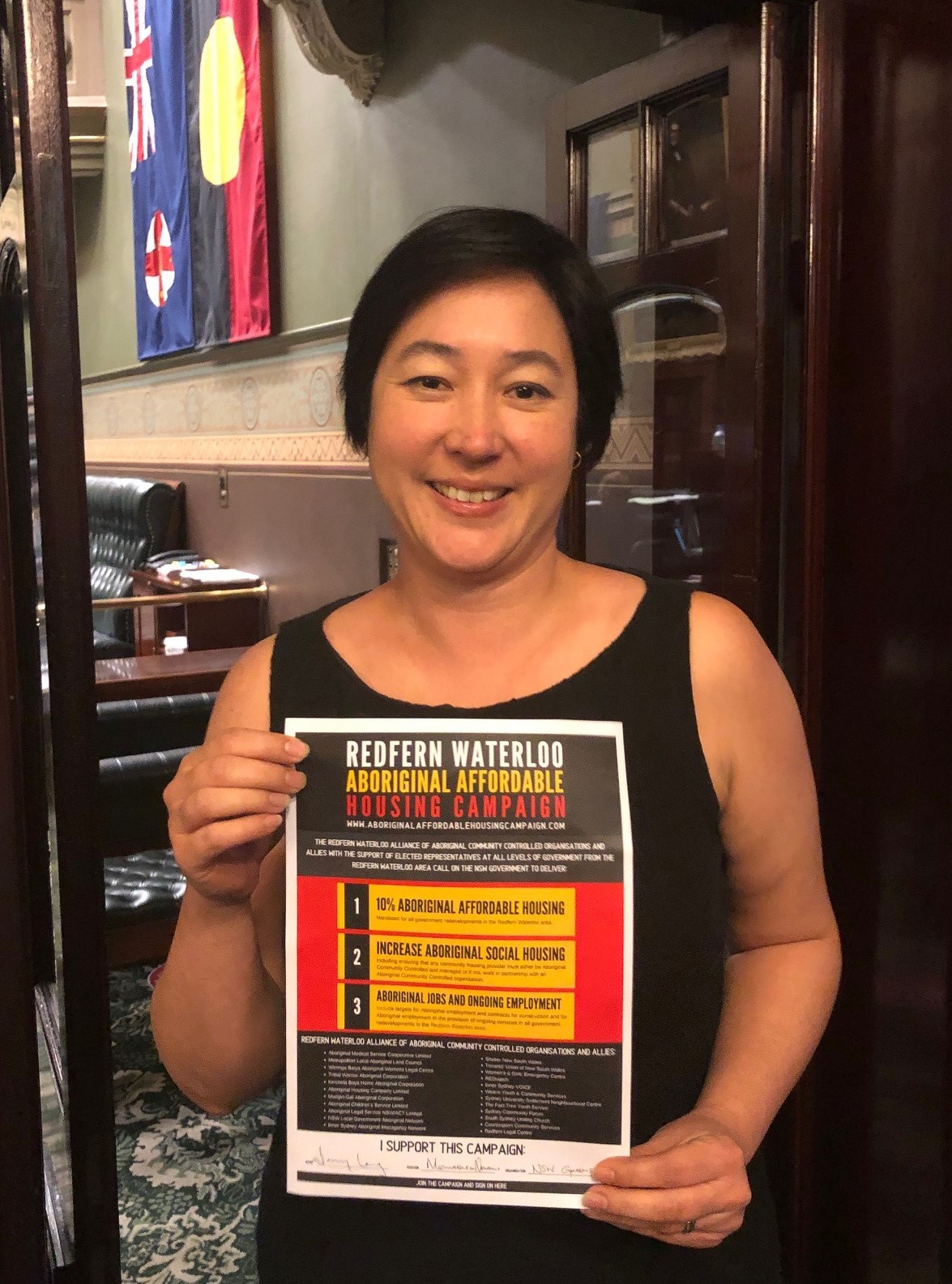 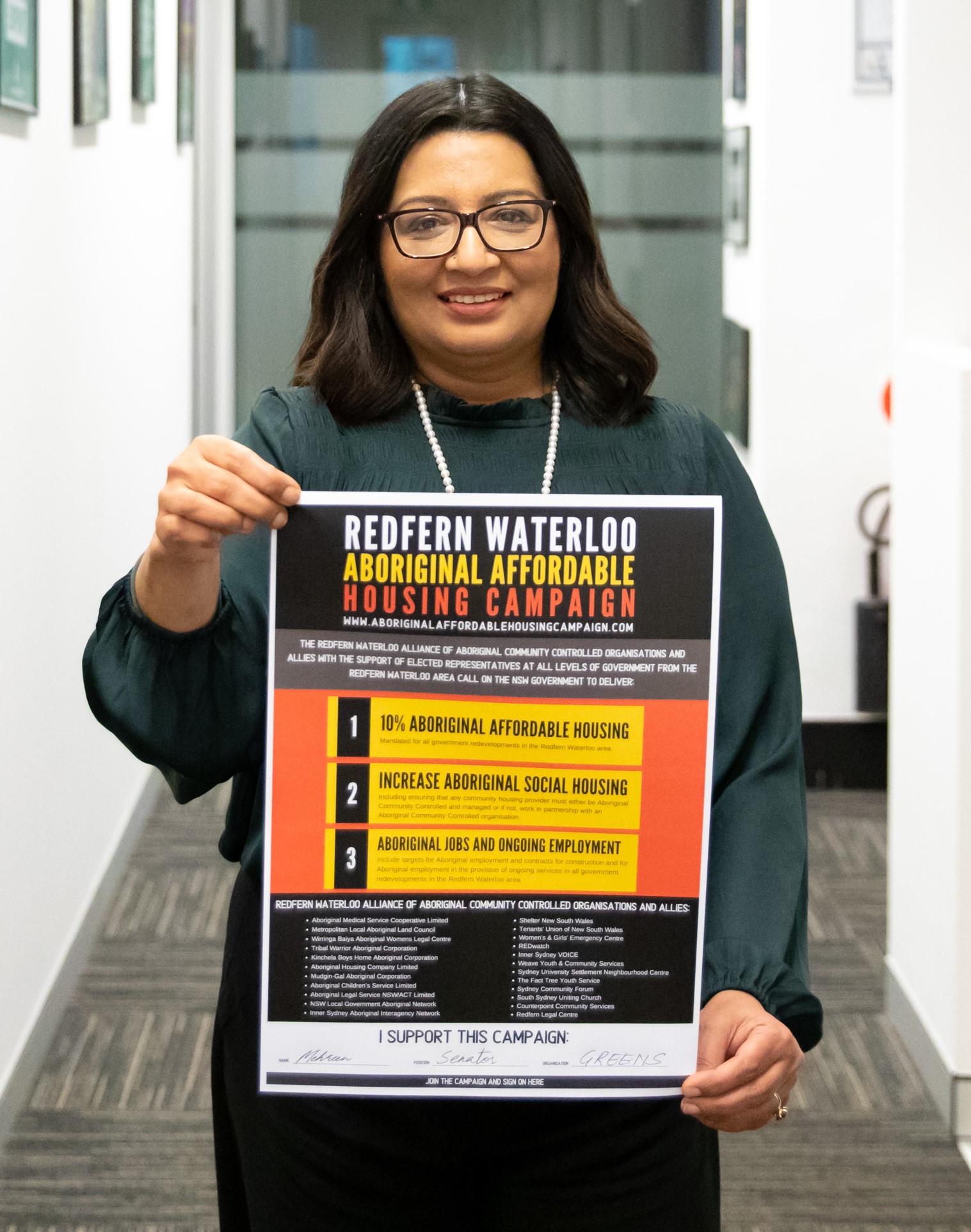