Australian Technology Park to be sold off to Mirvac

Greens Member for Newtown Jenny Leong has expressed disgust at the Government’s decision to forge ahead with the privatisation of the Australian Technology Park and Eveleigh Railyards site despite their important public and heritage value.

The Local Member has vowed to continue to work with the community to ensure that public access to the sites is not lost and that the living heritage and specialisation in innovation is maintained.

“This publically owned space should not be seen as a cash-cow for developers. We’ve seen this behaviour from successive NSW Governments, selling off valuable public assets with benefits going to their developer mates.

“This is an irreplaceable part of the historic fabric of Sydney’s inner city. Once it’s taken out of public hands we’ll lose it forever.

“It’s distressing to think that this innovation hub and heritage site could soon be branded with big, flashy ‘Comm Bank’ logos. 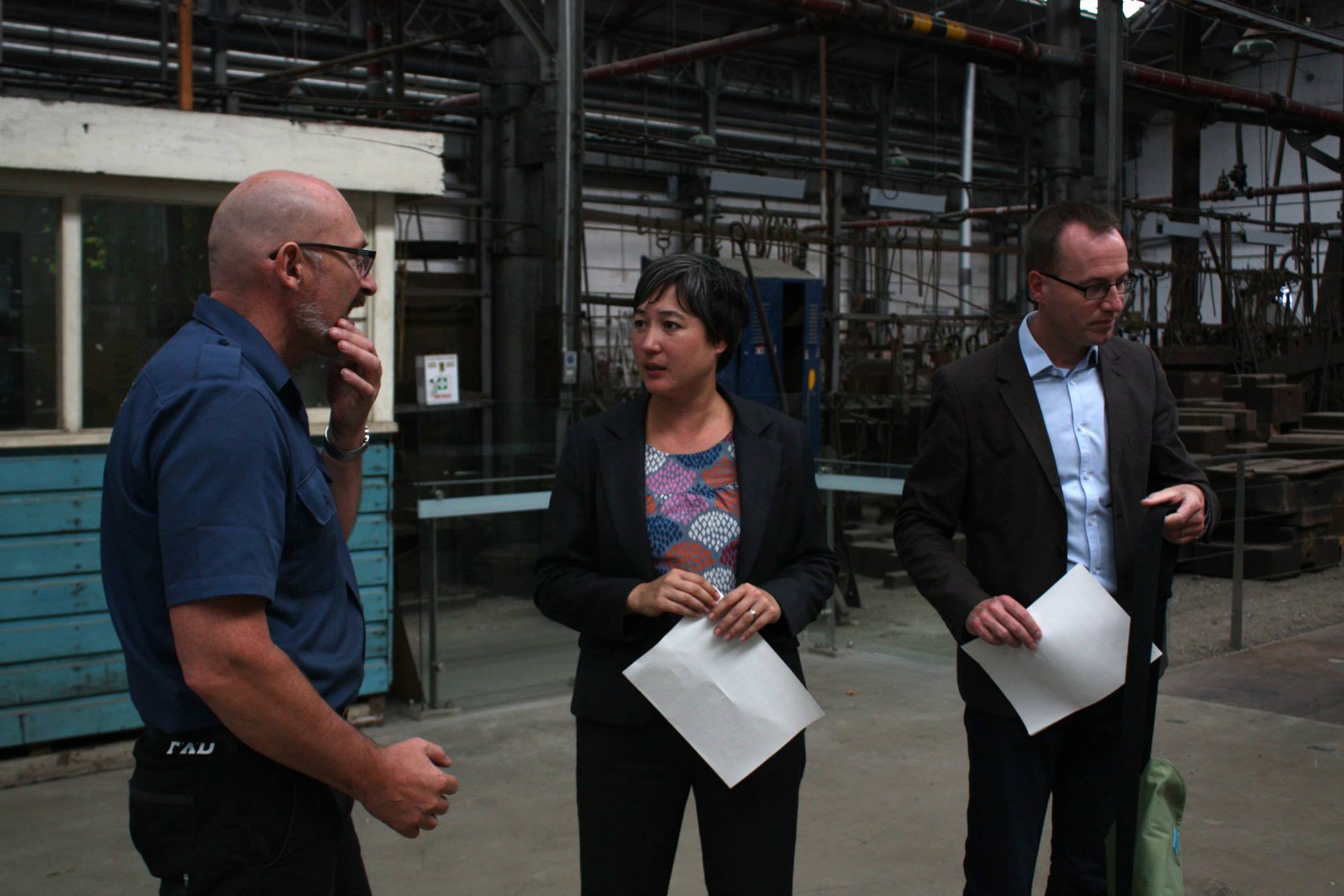 “The NSW State heritage listing for the Eveleigh workshops notes their national and international significance, stating that they are ‘of the highest significance in the development of the railway system and of the State.’

“Thanks to the strong, community campaign highlighting the social, industrial and living history of the site the Minister has put some protections of heritage items in place and has agreed to maintain public access. The Greens will hold him to his word. But that’s still not good enough.

“We know that heritage is not just about the built environment. Allowing retail and commercial outlets to overtake this community and heritage space will have irreversible impacts and will completely change the fabric of the area.

Also under the watch of the Planning Minister, Urban Growth has identified a location for a 20 story high-rise development in a low-rise residential area just around the corner from ATP.

“The Minister and the Mirvac-led consortium should be aware that local residents and innovation workers, along with the national and international community that value this site, have a long and strong history of standing up against greedy developers and short-sited governments seeking to impose bad planning decisions.”

In response to rental horror stories of extreme mould and reports of growing rental unaffordability, NSW Greens Housing spokeperson and Member for Newtown Jenny Leong MP is pushing ahead with the Greens Bill to cap rents, end unfair no grounds evictions and require all rental properties to be waterproof and mould-free. The Bill also includes specific measures for flood impacted areas including banning evictions for 12 months.

Jenny Leong MP, NSW Greens Housing Spokesperson, will today introduce a Private Members Bill to protect renters who have been impacted by the catastrophic floods throughout NSW.

Jenny Leong MP, the Greens Member for Newtown, is recruiting for an Advisor to join her and the Newtown team.

Newtown Greens MP and Housing spokesperson Jenny Leong has called on the NSW Government to investigate acquiring existing privately owned boarding houses, to bring them up to a liveable standard, and run them as safe, secure, affordable and publicly owned social housing.