Published in the South Sydney Herald, May 2017 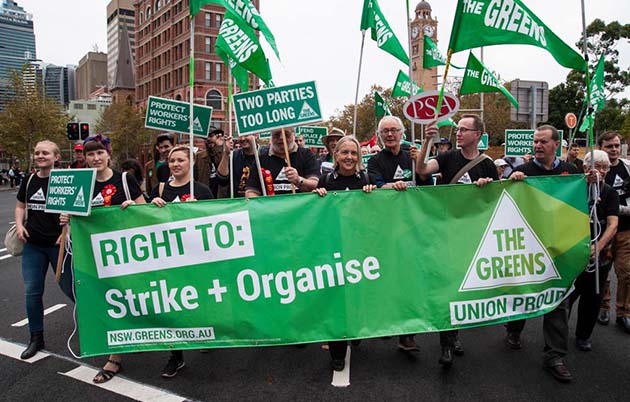 May Day is a time to reflect with gratitude on the unionists who fought and won the rights that we enjoy today.

But these battles are far from over, and unions are more relevant than ever.  With increasing rates of casualisation and insecure work, our workplace rights are being steadily eroded.  The recent winding back of weekend penalty rates in the retail, hospitality and pharmacy industries is an insidious first step in the erosion of our right to a weekend – and the right to be fairly compensated for working weekends.  The Australian Council of Trade Unions president, Ged Kearney recently noted that there’s a ‘whole class of working poor developing in this country’.

Sydney’s inner west has a proud history of unionism.  Many of the early convicts who were transported to Sydney were trade unionists and political activists from Ireland – and as early as 1791 there was a strike in Sydney demanding daily, not weekly rations.

One hundred years ago this year, workers from the Eveleigh Railway Workshops (currently the Australian Technology Park) walked off the job, striking to maintain their working conditions and rights.

Their actions triggered Australia’s largest industrial dispute which became known as the General Strike of 1917 when nearly 100,000 unionists made a stand for better conditions and workers’ rights.

Between 1850 and 1869, around 400 trade unions were formed in Australia.  These unions were collectives of people who looked after each other during illness, death and unemployment.  After a series of successful strikes by stonemasons in the mid-1850s, decades of intense campaigning for worker’s rights laid the foundations for the eventual adoption of an 8 hour day in NSW and Victoria in 1916. The 40 hour, 5 day working week was finally adopted nationally in 1948.

For so many young people today it’s hard to find a job.  And it’s even harder to find a permanent job with the job security and conditions that were enjoyed by their parents.

This May Day join a union to make sure that our generation has a right to sick leave, holiday pay, weekends and a 40 hour week.