About the Newtown Electorate

As your local MP, Jenny regularly draws the attention of the Parliament to the community groups, organisations and individuals working in our local area.

If you know of a person or group that should be recognised for their contribution to our community, please get in touch at newtown@parliament.nsw.gov.au.

Read in Parliament on 22 October 2015: I acknowledge the fantastic Mental Health Month events and activities that took place across the electorate of Newtown over past weeks. I particularly acknowledge the efforts of Ability Links NSW, the Sydney City team and the Compeer program for their "Unleash Your Creativity" event at the Redfern Community Centre. I also was pleased to attend this year's Annual Mental Health Month event at the Northcott Community Centre that is run by the Inner City Mental Health Recovery Working Party. I commend the work of Douglas Holmes for putting on another fantastic "Don't Lose Your Marbles" challenge and congratulate all teams that participated in the challenge. I also acknowledge the tireless efforts of Laura Kelly at Counterpoint Community Services and all of the participants of the Redfern and Waterloo Neighbourhood Advisory Board for putting on extremely successful "Value Your Mind" community days.   Links: Ability Links NSW Redfern Community Centre Northcott Community Centre Counterpoint Community Services

Read in Parliament on 28 October 2015:   "I draw the attention of the House to the work of the Ethnic Communities Council of NSW. Established in 1975, the council is the peak body for culturally and linguistically diverse communities in New South Wales. Recently I celebrated the council's fortieth anniversary at its annual general meeting, along with The Greens member of the Legislative Council Mehreen Faruqi. I thank the outgoing board members for their service: Aziz Akbar, Phoebe Alexander, Indrajit Khuman, Arnir Salem and Jon Soemarjono. I congratulate also the newly elected and continuing members of the new board: Chair Peter Doukas, Deputy Chair Jack Passaris, Marta Aquino, Siddique Panwala, Fiona Passaris, Emanuel Valageorgiou, Tasha Vanos, George Varughese, Maria Passaris, Padmanabhan Karamil, Glen Falkenstein, Cen Amores, Josie Musa, Suellyn Lin, Christine Lynch, Abbas Alvi and Executive Officer Mary Karras. I congratulate and welcome the new board, and wish members every success."       Link: Ethnic Communities Council of NSW

Read in Parliament on 18 November 2015: "I draw the attention of this House to the fantastic efforts and initiatives of the Newtown Neighbourhood Centre in working towards a more inclusive, resilient, vibrant and self-reliant community in the electorate of Newtown. I especially acknowledge the Newtown Neighbourhood Centre's community development worker, Emily Walpole, for her tireless advocacy and efforts on behalf of the residents of 31 Station Street, Newtown. When it became clear that sudden changes to the exterior of the building were having a significant negative impact on the livelihood of residents, Emily did everything in her power to have those concerns heard. I also acknowledge the work of the Marrickville Legal Centre, in particular Julia Murray, for her support for those efforts. I commend each and every resident of 31 Station Street for the patience and dignity they showed in the face of distinct adversity, in particular a tenant representative, Merci, for her efforts in facilitating tenant meetings and for her calm and practical approach under difficult circumstances. I congratulate everyone involved. I was pleased to pass the building and see the apartments filled with light once more." Links: Newtown Neighbourhood Centre Marrickville Legal Centre

Read in Parliament on 19 November 2015: I draw the attention of this House to the NSW Volunteer of the Year Awards organised by the Centre for Volunteering. I commend all nominees and winners for their commitment and dedication to volunteering, and make special mention of the nominees and winners who live within the electorate of Newtown: Jane Hehir from Ashfield, who volunteers with Newtown Neighbourhood Centre and received the Volunteer of the Year Award; Bridget Rose Kelly from Stanmore, who volunteers at Plumtree Early Childhood Intervention service and received the Student Volunteer of the Year award; the SPARK volunteer team, who received the volunteer team of the year award; Patricia Di Croce from St Peters, who was recognised for her volunteering with the Wilderness Society; and Greg Owen from Newtown, who was recognised for his volunteering with the Taronga Conservation Society Australia. Congratulations to you all.        Links: Centre for Volunteering Newtown Neighbourhood Centre Plumtree Early Childhood Intervention SPARK  Wilderness Society Taronga Conservation Society Australia

Read in Parliament on 17 February 2016: "It is the Year of the Monkey. My Lunar New Year celebrations began with Summer on the Green in Waterloo, coordinated by the Redfern and Waterloo Neighbourhood Advisory Board Events Group. About 650 people attended this event and enjoyed performances by the Lok Wan Cantonese Opera and Dancing Group and Mr Wu's tai chi sword and fan dance, as well as receiving a fortune cookie from the Chinese god of prosperity, Mason. I was also honoured to attend the Haymarket Chamber of Commerce Chinese New Year banquet with my Greens colleague the member for Balmain. I thank the Chamber president, Simon Chan, and the executive for a wonderful night. Celebrations continue this week when I will join the Australian Malaysian Singaporean Association banquet as a guest of the president, Peter Wong, and members of the Malaysian and Singaporean communities. I recognise the invaluable contribution made by each of these and many other organisations and communities throughout New South Wales that celebrate Lunar New Year. Kung Hei Fat Choy." Links: Redfern and Waterloo Neighbourhood Advisory Board Haymarket Chamber of Commerce Australian Malaysian Singaporean Association

Read in Parliament on 25 February 2016: "I draw the attention of this Parliament to the individuals doing great work in the Newtown electorate who were recognised on 26 January this year. I congratulate Sydney Story Factory executive director and co-founder Catherine Keenan, who received the 2016 Australian Local Hero Award. Catherine, staff and volunteers at the Sydney Story Factory in Redfern work to ensure that all young people, no matter their background, are given opportunities to express themselves through writing and storytelling. I particularly commend their efforts to prioritise the engagement of marginalised young people. I loved sitting in on a session at the Sydney Story Factory last year. I also congratulate the Marrickville Council 2016 Citizens of the Year. The Young Citizen of the Year was Xanthe Sini, who volunteers at Newtown's Asylum Seeker Centre. The Senior Citizen of the Year was Jim Skuthorpe, who was recognised for his many years with NSW Police Force Volunteers, and the Citizen of the Year was Tamra Palmer. I congratulate them all." Link: Sydney Story Factory

Read in Parliament on 22 March 2016: "I draw the attention of the House to the 12,866 individuals and non-government organisations that have made submissions to the new M5 Environmental Impact Statement [EIS] raising their concerns around the WestConnex and the new M5. I congratulate members of the local community campaign groups who worked so hard to inform the people of New South Wales and those directly affected by WestConnex about the significant and alarming impact this toll road will have on their lives and the lives of all their children and families. These groups include the WestConnex Action Group, NoWestConnex: Public Transport and the Save Newtown group. I note that the list of all the submissions made to the new M5 EIS is over 180 pages long. This extremely large number of submissions highlights serious community concerns about this WestConnex toll road. I urge the Government to listen to them and their strong communities." Links: Westconnex Action Group NoWestConnex: Public Transport [Facebook page] Save Newtown group [Facebook page] 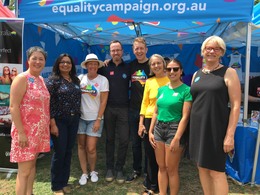 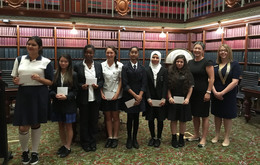 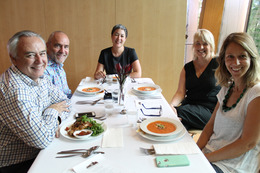 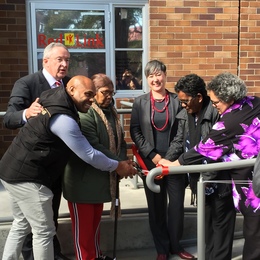 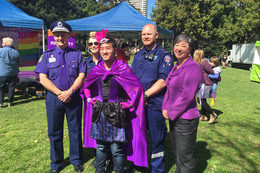 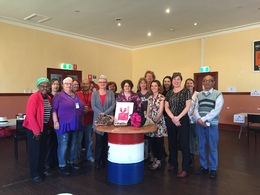 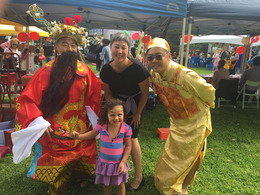 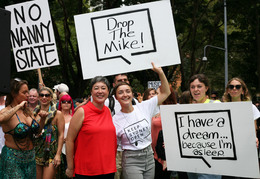 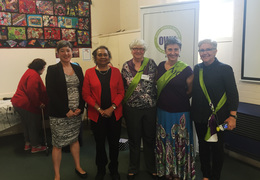 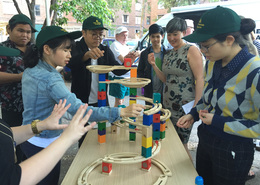