Ms Leong said, “If the Baird government is going to arrogantly ignore the planning process - signing billions in contracts and commencing exploratory drilling before approval has even been granted - then the community has no choice but to engage in nonviolent direct action to stop them.

“A massive 15,000 individual submissions objecting to this polluting tollway have been made to the Department of Planning for Stage 1 and 2 of WestConnex - and before they've even been processed or assessed we are seeing more drilling, more movement on home acquisitions and more public money being thrown into the dirty black hole that is WestConnex.

“I applaud today’s action, which shows that the community is ready to put themselves on the line to stop this tollway.

“State and Federal public money is being used to fund this environmental and financial disaster, so unless the Premier and Prime Minister want a year of seeing mums, dads and locals locking on to drill rigs and construction equipment along this whole route - they better intervene now and support the calls for an independent inquiry into this ever growing tollway fiasco,” she said. 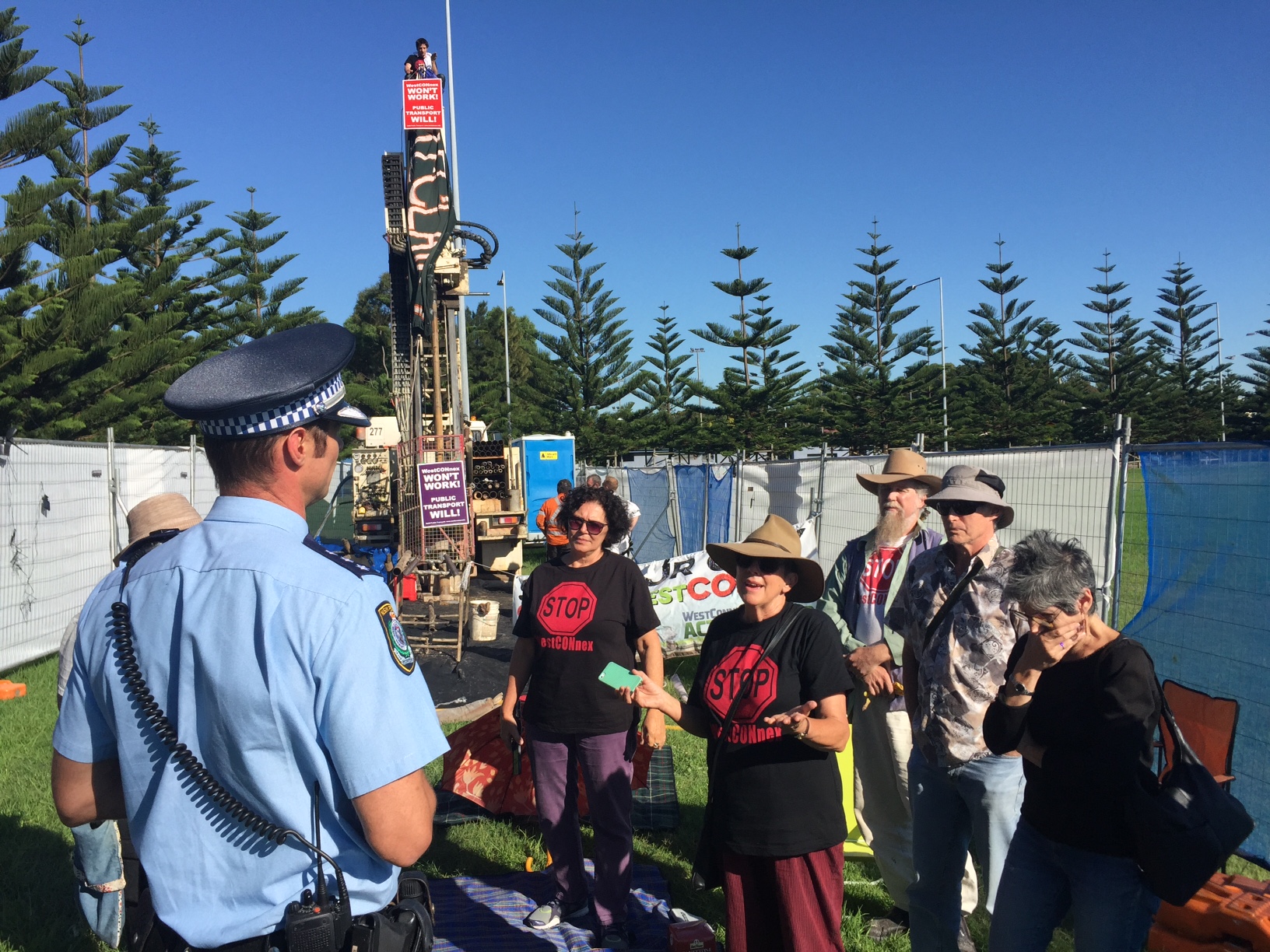 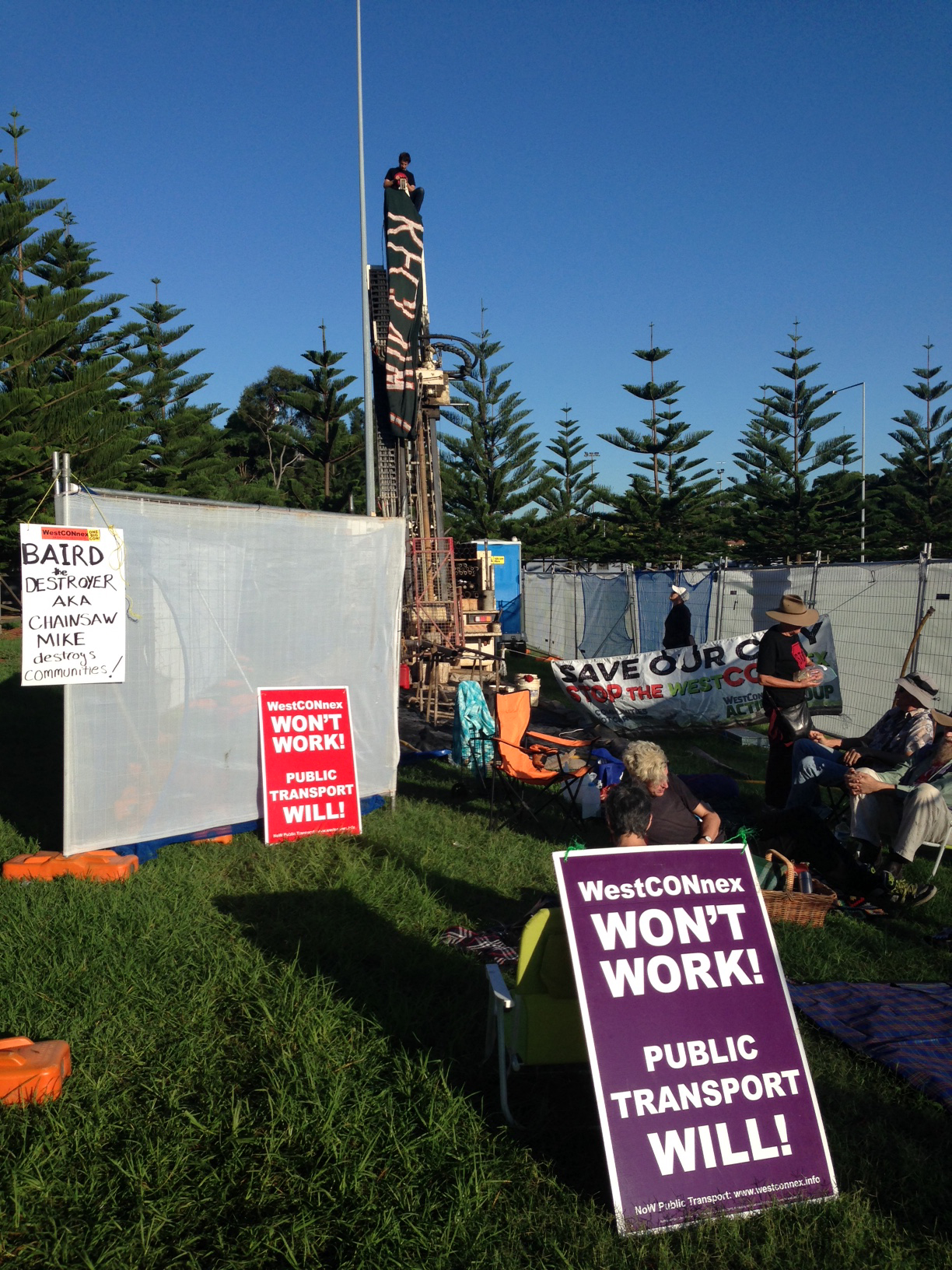 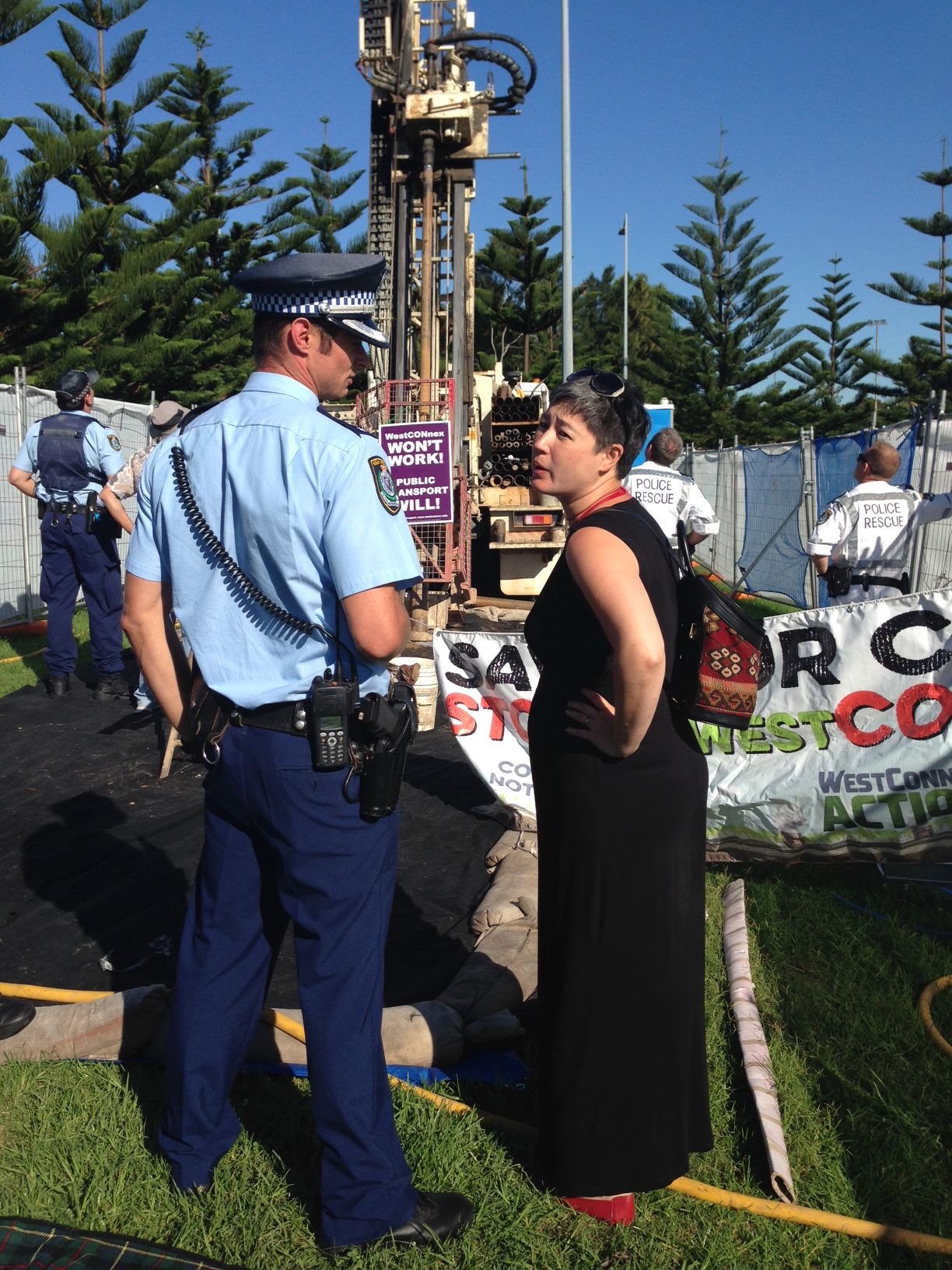 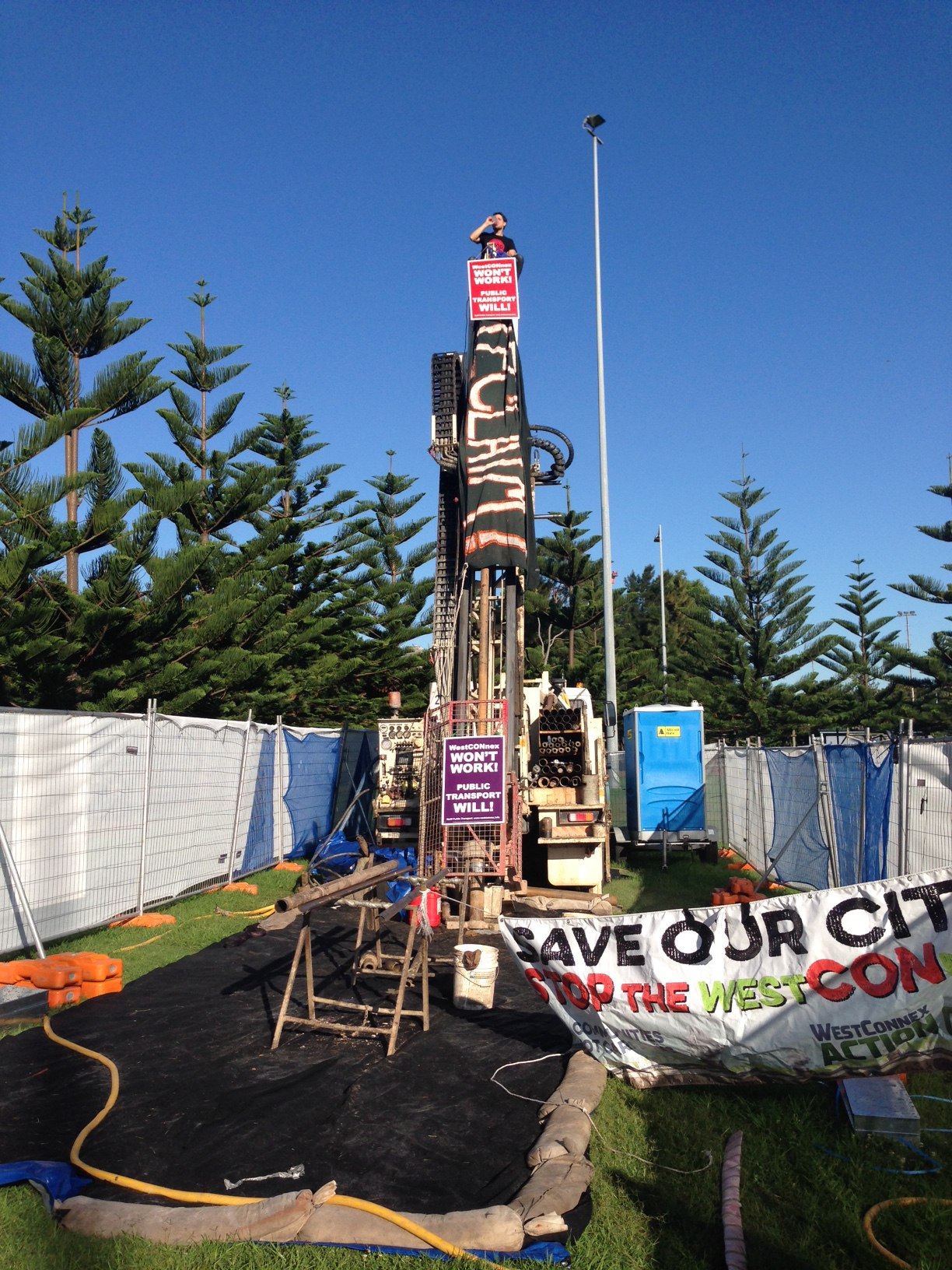