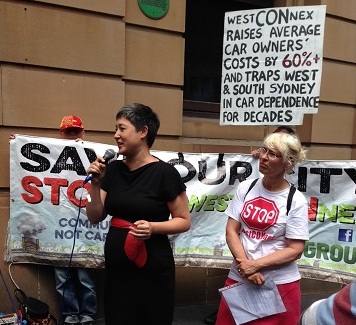 “The NSW government's planning approval for the controversial WestConnex M4 East tunnel from Homebush to Haberfield, flies in the face of the serious and ongoing concerns with the social, economic and environmental impacts of this project," said Ms Leong.

"This approval is nothing short of scandalous given the significant flaws in the overall WestConnex plan, the shoddy M4 East EIS and the Sydney Motorway Corporation's completely inadequate response to the 4800 submissions against this EIS.

"Westconnex does not have a social license and the communities along the route will not accept this destruction of their homes and environment, filthy air and expensive tollroads  instead of clean, efficient public transport.

"Premier Baird and Prime Minister Malcolm Turnbull are happily lining the pockets of global toll road corporates like TransUrban who only last week celebrated the growing profits they're taking in the Sydney market.  It’s outrageous that they even mentioned WestConnex as a great potential money spinner - pity we all will foot the $16.8billion bill and have to deal with this polluting tollway if it goes ahead.

"Planning approval for Westconnex M4 East is just the next stage in this massive transfer of public funds into private pockets  - this isn’t about solving Sydney’s congestion problems.

“The Greens will stand with the community and fight this abhorrent project all the way," she said. 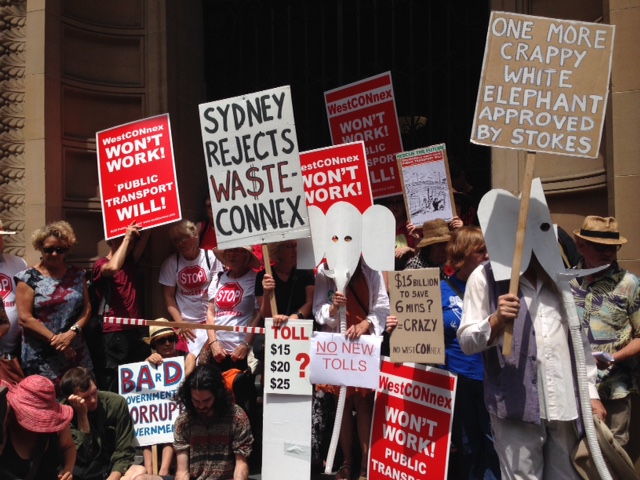