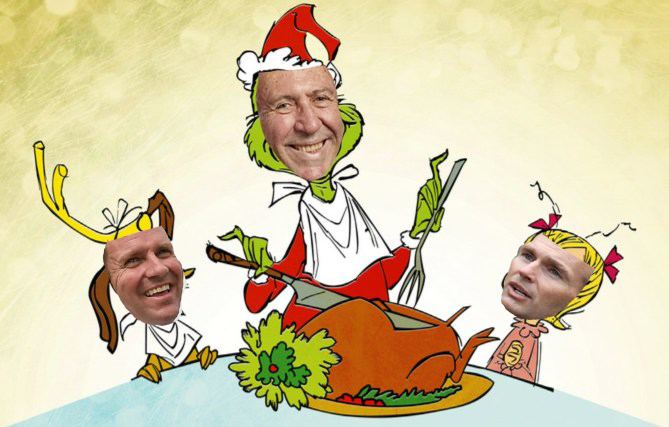 The NSW Government has released the New M5 Environmental Impact Statement just before everyone breaks for the year but it’s no gift to the residents, councils or organisations that will be forced to digest this massive document – made up of 149 individual multi-page attachments - during the holiday period.  Submissions are due at the end of January, just as many families will be returning from summer holidays.

NSW Greens spokesperson on WestConnex and Member for Newtown Jenny Leong  is calling on Premier Baird, The Roads Minister and the Planning Minister to immediately review this decision.

“The Government is trying yet again to avoid community accountability.

“It’s such a cynical move, requiring residents, councils and organisations to comment on a huge planning document like this over the holiday period, when they should have the opportunity to spend with their families and friends. Many councils are having their final meeting for the year in the next couple of weeks and aren’t due to return until February.

“Giving residents only until the end of January to make submissions on the New M5 is completely unfair and is yet another example of the Government attempting to fast track this project without due diligence or concern for those people who will be severely affected by this project.

“This Government is doing all it can to lock the community and independent criticism out of the consultation process because they don’t like what the evidence is telling them – that the community does not want a big dirty tollroad or a big dirty financial black hole.

“The impact that the New M5 will have on local communities from Kingsgrove to Newtown is unprecedented – it will significantly diminish the quality of life for thousands of residents and negatively affect hundreds of businesses for decades to come.

“We’re still waiting on a response to the more than 4,800 individual submissions made on the M4 East EIS. We need to see whether the Government will take seriously the concerns raised by the community around health, heritage, environmental impacts and oversight.

“The submissions to the M4 East EIS have been posted online in a format that’s completely inaccessible. Submissions from academic experts, community organisations and other specialists are hidden away in massive PDFs. Why is the list of individuals and organisations that made a submission being concealed?” she said.

The New M5 EIS can be found here.

Sign the petition demanding an extension to the M5 EIS submission process here.