To the Minister for Transport,

Our community depends on public transport that is reliable, accessible and affordable.

We demand that public buses are kept in public hands. 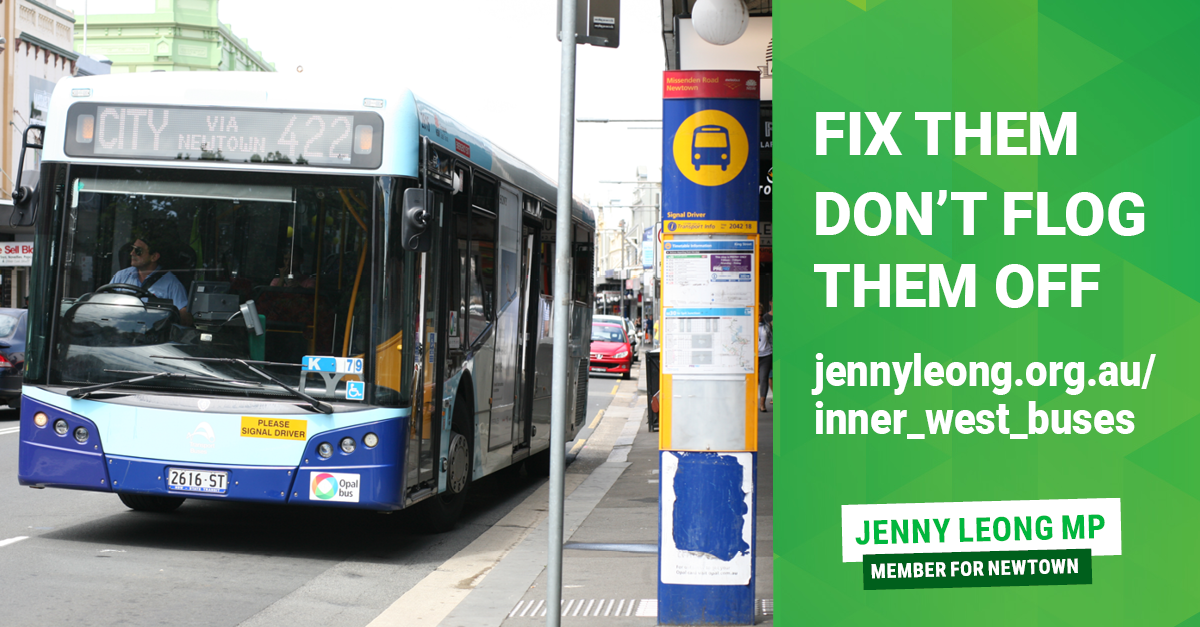 Say no to selling off inner west buses

Privatising our busses will mean they are run for a profit, instead of providing the quality public transport for our community.  Privately operated buses mean higher fares, fewer services, and only running the most profitable routes.

The Liberal Government is selling of assets at the fastest rate in NSW history. Instead of managing our economy responsibly, they are selling off public services that have been built up over generations.

The Transport Minister has announced that Inner West bus services will be privatised because of a high number of complaints.

Selling them off won't fix the problem!

We demand that public buses are kept in public hands.