Join us at the Newtown Vibe Public meeting on Wednesday 15 March at 6pm, hosted by Newtown Neighbourhood Centre (NNC) and Jenny Leong MP, Member for Newtown. 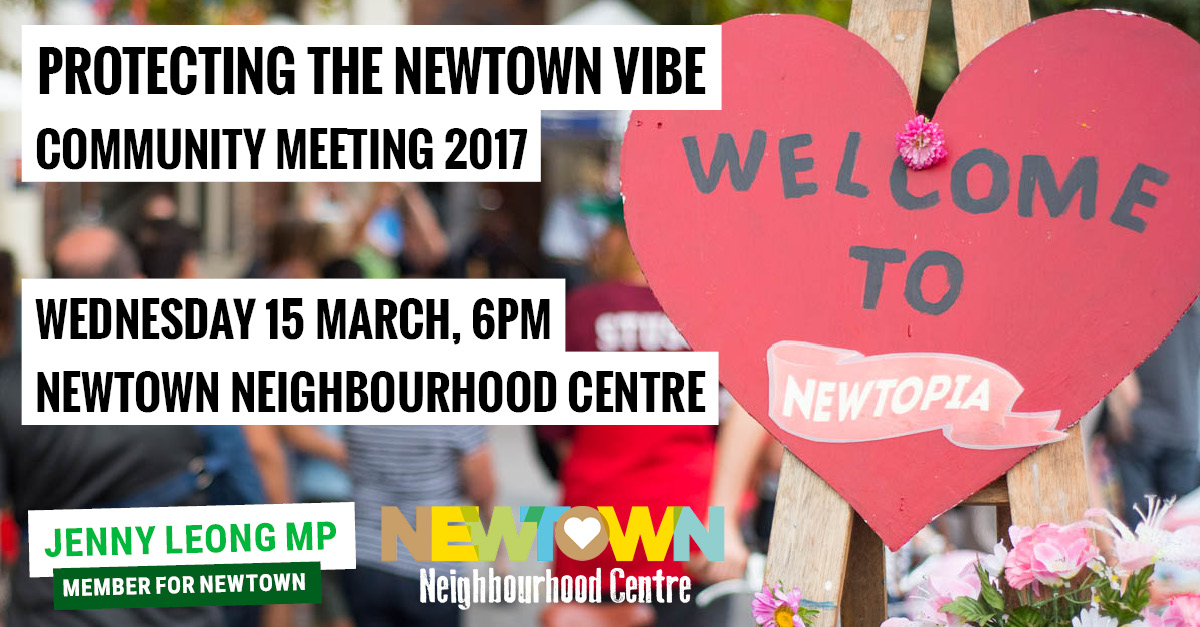 In 2015, Newtown Neighbourhood Centre ran a community survey that found the greatest attribute people value about Newtown is its “character” – “diverse, accepting, eclectic, welcoming”. We want Newtown to remain a vibrant, safe and inclusive place for all locals and visitors.

151 people attended the meeting and it was a stimulating and passionate discussion, with many ideas put forward.

As a result of the public meeting, a working group known as the Newtown Vibe Roundtable was established, with representatives from Newtown Neighbourhood Centre, Newtown Police, Newtown Precinct Business Association, Liquor Accord, ACON, Inner West and City of Sydney Councils and the office of Jenny Leong MP.

On 15 March 2017, the roundtable participants will report back on its work over the past 18 months and hear direct from the community about any concerns that still need to be addressed or any new issues or initiatives that should be considered.