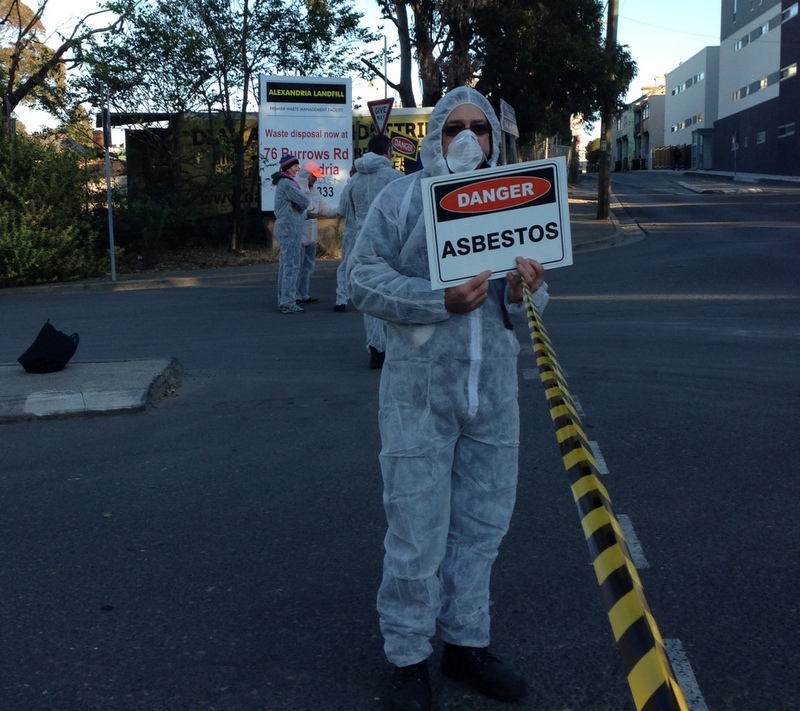 The Greens say recent revelations from a whistleblower regarding asbestos contamination in WestConnex road fill add to the alarming list of asbestos concerns about this project which have been made to the NSW Premier Mike Baird and Roads Minister Duncan Gay.

“The number of serious concerns raised over the past 12 months regarding asbestos handling and safety precautions on the WestConnex project should have raised red flags for Duncan Gay,” said the Australian Greens spokesperson for transport and infrastructure Senator Janet Rice.

“However, Minister Gay has continuously disparaged or rebuffed claims from residents and from Jenny Leong, NSW Greens spokesperson on WestConnex, that WestConnex has been acting outside proper health and safety protocols.

“In September last year, the Minister was alerted to protests by concerned residents and members of the WestConnex Action Group that contaminated landfill was being excavated and transported unsafely by WestConnex contractors from the former Alexandria Landfill site.

“This issue was brought to the attention of the Premier and Mr Gay in October by Jenny Leong and included further serious concerns about the way asbestos contaminated soil was being unsafely stockpiled at a number of locations along the M4 Widening site in Granville and Auburn including right opposite the Auburn North Public School.

“WestConnex contractors CIMIC (formerly Leighton Holdings) and Rizzani de Eccher refused to release results of their asbestos dust monitoring on the M4 Widening sites and the office of Jenny Leong advised the Premier of this in Dec 2015, urging him to make these records available to allay community concerns but her request was ignored.

“Minister Gay provided assurances that ‘clear protocols had been established prior to the commencement of road construction work’ and that the ‘safety of residents and workers’ was his number one priority.

“However, these assurances have proven to be worthless in light of the most recent asbestos revelations concerning WestConnex.

“The project must be stopped while all health and safety concerns around asbestos are investigated,” said Senator Rice.