Our Bodies, Our Voices, Our Choices

Daile Kelleher from Children by Choice and Greens Senator Larissa Waters spoke about how the campaign and legislation for the decrimalisation of abortion in Queensland was finally achieved in late 2018. You can read a great summary of the reform here. 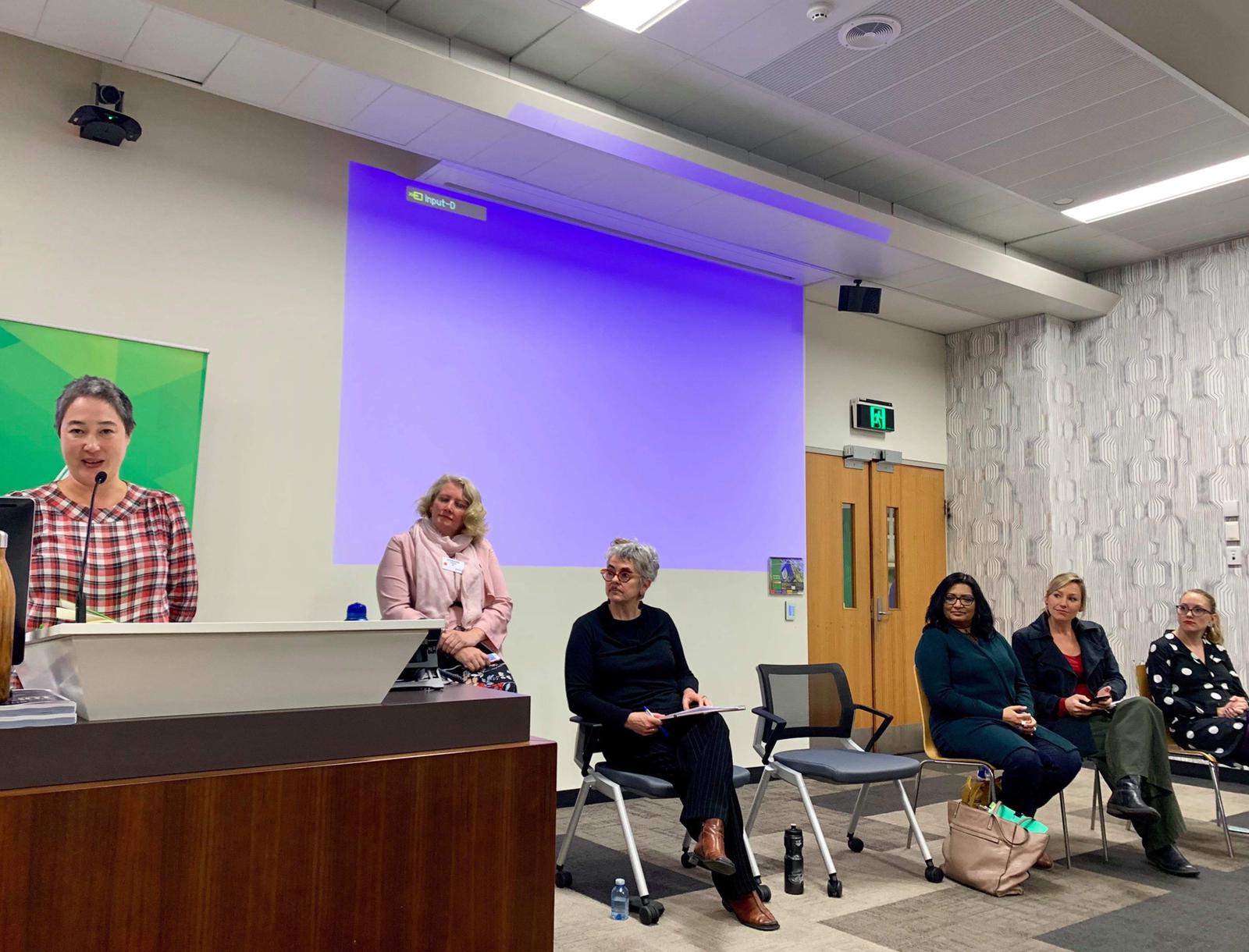 Next we heard from my friend and colleague, Greens Senator Mehreen Faruqi, who spoke about her historic Bill that for the first time put the need to decriminalise abortion in NSW on the parliamentary agenda.

Following the March 2015 election, I took on the Women’s Rights portfolio for the Greens in NSW and used my contribution to provide an update on the current lay of the land in terms of the key challenges (and fingers crossed) opportunities we have for decrimalising abortion in NSW. I talked about the three P’s: Principle, Pramatism and the Patriarchy.

The principle being that people should be free to make their own choices about their reproductive health and that there is no need for any law to regulate this – which is why all that is needed from a reproductive rights perspective is the removal of abortion from the NSW Crimes Act.

The pragmatism being that giving people, and particularly women, control over their own bodies removes the power and control that men have historically held over us forever and a day, so the likely scenario when we finally see reform achieved by decriminalising abortion, it will no doubt see the introduction of new laws that seek to put some parameters around abortion even if it decriminalises the act. It is important to note that there is no reference to any male reproductive health procedures in the Crimes Act, or in fact any other Act in NSW.

Which brought me to the final P, the patriarchy, which is an endless barrier to women being in control of their own bodily autonomy and also continues to rear its ugly head when it comes to driving the reforms needed – the level of paternalistic and patronising mansplaining evident when abortion law reform is discussed and advanced is gob-smacking.

The chance to share experiences – and hear of wins and progress in support of a woman’s right to choose and the decrimalisation of abortion in states across the country was powerful.

The Greens are 100% Pro-Choice. And we will continue to stand with feminists, pro-choice activists, and those who have been standing up for our right to choose, until we see abortion taken out of the Crimes Act in NSW and across the country.