Pemulwuy project plan for largescale student accommodation on The Block 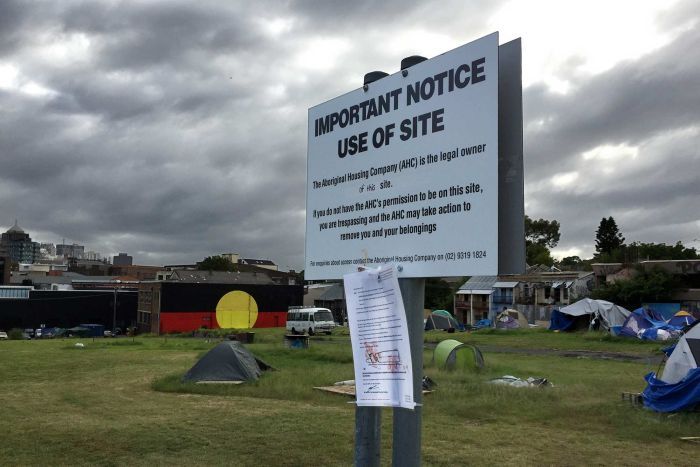 The Aboriginal Housing Company has submitted modified plans for the Pemulwuy Project which includes aboriginal affordable housing and student housing on The Block. These plans and the submissions regarding this new proposal are currently being reviewed by the Independent Planning Commission and you can find details here.

The key issue is the proposal to erect a large 24 storey block of student housing which will have 596 student beds. The original plan to provide only 62 affordable homes for Aboriginal residents remains unaltered but the ratio of student housing proposed on the site has been greatly expanded.

There were some 136 submissions with more than 95% opposed to the latest proposal.

The following is the submission made in Nov 2018 by Jenny Leong MP and David Shoebridge MLC from the NSW Greens:

At the outset we note we do not support the modification in its present form. The basis for our concerns is set out below.

The Block was the first land to be returned to Aboriginal ownership in the heart of metropolitan Sydney. In the early 1970’s the land was bought by the Whitlam Labor government and after which it was handed back to its traditional owners for the purpose of Aboriginal housing.  The Aboriginal Housing Company established in 1972 later became The Aboriginal Housing Corporation. Housing Aboriginal people and providing for their community needs is its driving objective.

This purpose, which was identified in the 1970’s, is not new to the site. For 60,000 years before it was Aboriginal land. It should remain so today and into the future.This proposal comes at the end of many decades of plans and engagement by members the Redfern Aboriginal community to maintain and improve Aboriginal housing on this site.

The latest modification (No.2) to Precinct No 3 of the approved Pemulwuy Project proposes excessive student accommodation which destroys the balance between Aboriginal Housing and other uses. If approved it will permanently damage the Aboriginal cultural and social character and historical significance of The Block and have a significant negative impact on the broader Aboriginal community areas in its vicinity.

Modification 2 to Precinct 3 is a significant and unjustifiable increase in bulk and size from the previously approved, apparently financially viable, development on Precinct 3. The increases in height (from 3-6 storeys to 3 – 24 storeys or an over 300% increase), floor space ratio (FSR) (from 2.25:1 residential to 6.95:1 – an over 200% increase) and student accommodation (from 154 to 522 – a 287% increase) are extreme.

It is repeated that the original and abiding objective in planning for The Block has been to provide Aboriginal housing. This amended proposal is contrary to the aspiration to prioritise Aboriginal purposes and character.

The 24 floor tower proposed for Precinct 3 is also not in keeping with the low scale existing 19th terraces nor the proposed heights (up to 6 storeys) in Precincts 1 and 2 bounded by Eveleigh, Lawson, Abercrombie and Cleveland Streets. The proposed tower will dominate this area causing extensive overshadowing and loss of sunlight to existing residential homes. This overshadowing will be most extreme in winter mornings, a time when sunlight is most valued.

The proposal does not adequately address the large increases in foot and vehicular traffic which would be associated with such a development. The public space plans are inadequate for this level of development especially given the existing population and infrastructure.

Beyond the boundaries of The Block, the Greens would acknowledge and endorse the concerns raised by the Heritage Council in their submission on the heritage impacts of the proposed tower – “The four-fold increase in height being sought under MOD 2 will have a major adverse visual impact on Redfern Station’s setting, being sited only 50m away.”  We agree that the proposal for Precinct 3 will impact extremely negatively on the heritage listed Redfern / Eveleigh Station Group because of its close proximity to the station and dominating size.

It is also noted that the Aboriginal Heritage Corporation asserts that partnering with a private developer to build 522 student rooms is necessary to enable it to fund the construction of a small number of affordable homes for aboriginal people and other facilities. Modification 1 approved a development proposal for all three precincts and presumably was financially viable at that point. But notwithstanding this point, financial viability is not a legitimate argument for such a radical change to the approved plans.  Assessment should be solely be based on the merits of the planning proposal not an untested assertion by the applicant as to financial viability.

This modification proposal received 136 submissions with 126 directly opposing it and an extra 3 submissions marked as Comments which do not support the proposal - equalling 95% of submissions being objections to it. Virtually all of these submissions were from people living in Redfern.

There has not been prior adequate consultation on this proposal with only one public meeting held which was cut short and did not allow proper community input.

The proposed provision of 110 beds for ATSI students at subsidised rates within Precinct 3 tower block does not provide any detail regarding the rate and time these subsidies will be available nor how these places will be managed. Without this detail or a clear legal pathway to enforce this element of the proposal it should not be given any significant weight in the assessment.

5) The scale of change warrants a new Development Application

As stated, this modification application proposes a significant change to the form and density of Precinct 3. The increase in height is over 300%, the floor space ratio increase is over 200%, the increase in the number of student beds is over 287%. These are very substantial changes which do not constitute the same development as the one approved.

While there has been much division and conflict around the specifics of this development, the community is united in a commitment to see Aboriginal housing on the Block and The Greens are committed to seeing an increase in Aboriginal housing right across the Redfern and Waterloo area.

However if the Aboriginal Housing Corporation wish to pursue such a significant change to the cultural and historical character of the Block, by the inclusion of the proposed largescale private student accommodation development, we are of the opinion that they should lodge a new Development Application and open it to full discussion and debate in both the Aboriginal community and the wider Redfern community.

We believe that ensuring Aboriginal housing on the Block is paramount. It should not be contingent on funds from a largescale private student housing development which will undermine the significance of the Block to our local community and as a nationally significant site.