Member for Newtown, Jenny Leong MP, has resorted to using the Government Information (Public Access) Act, to seek information into the findings of an investigation set up in response to racist and sexist abuse of her by members of the NSW Police.

Operation Colchester was initiated by the former Police Integrity Commission (PIC) in 2016, the matter was subsequently referred to the NSW Police Professional Standards Command (PSC) with oversight from the new Law Enforcement Conduct Commission (LECC). Two years on from the incident Ms Leong is still unclear as to whether there have been any repercussions for all of the officers involved.

What started as a heated debate around the issue of sniffer dogs, turned quickly in to a full on personal attack on Ms Leong’s public Facebook page including offensive sexist, racist and threatening remarks.

At the time it was noted that many of those aggressively commenting on the page had profile pictures connected to right-wing racist groups, gun groups and other hate-fuelled groups which was cause for concern.

Following this, Ms Leong was contacted by investigative journalist Eamonn Duff who provided specific details as to the potential involvement of NSW police officers in this online attack.

In response to reports that NSW Police, including some in senior positions, were involved in posting and liking offensive material about Ms Leong, she and her Greens colleague David Shoebridge referred the matter to the Police Integrity Commission.

On 15 October 2016, the Sydney Morning Herald reported that the PIC, who was investigating the incident, would recommend criminal charges against the police officers who were involved. The Commonwealth DPP did not pursue criminal charges acknowledging that while the comments were insulting and hurtful, that it was their view that they did not meet the very high test to be found criminally offensive.

However, the original complaint was in relation to breaches of NSW Police policies such as the Social Media Guidelines and Code of Conduct and Ethics.

Following the referral of the matter back to the NSW PSC it is unclear what action, if any, has been taken in relation to these alleged breaches and what role LECC has played.

Ms Leong has submitted a request under freedom of information (GIPA) laws in an attempt to find out what the outcomes of the investigation were, and whether any disciplinary action was taken. It is expected that the response to the GIPA will be received in the coming week. 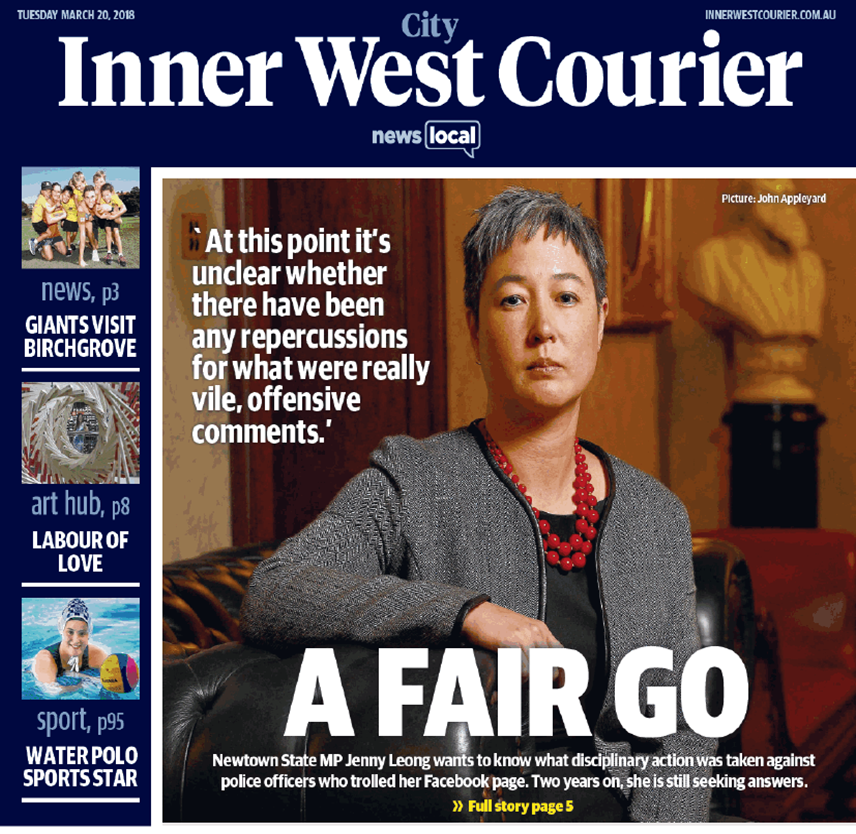 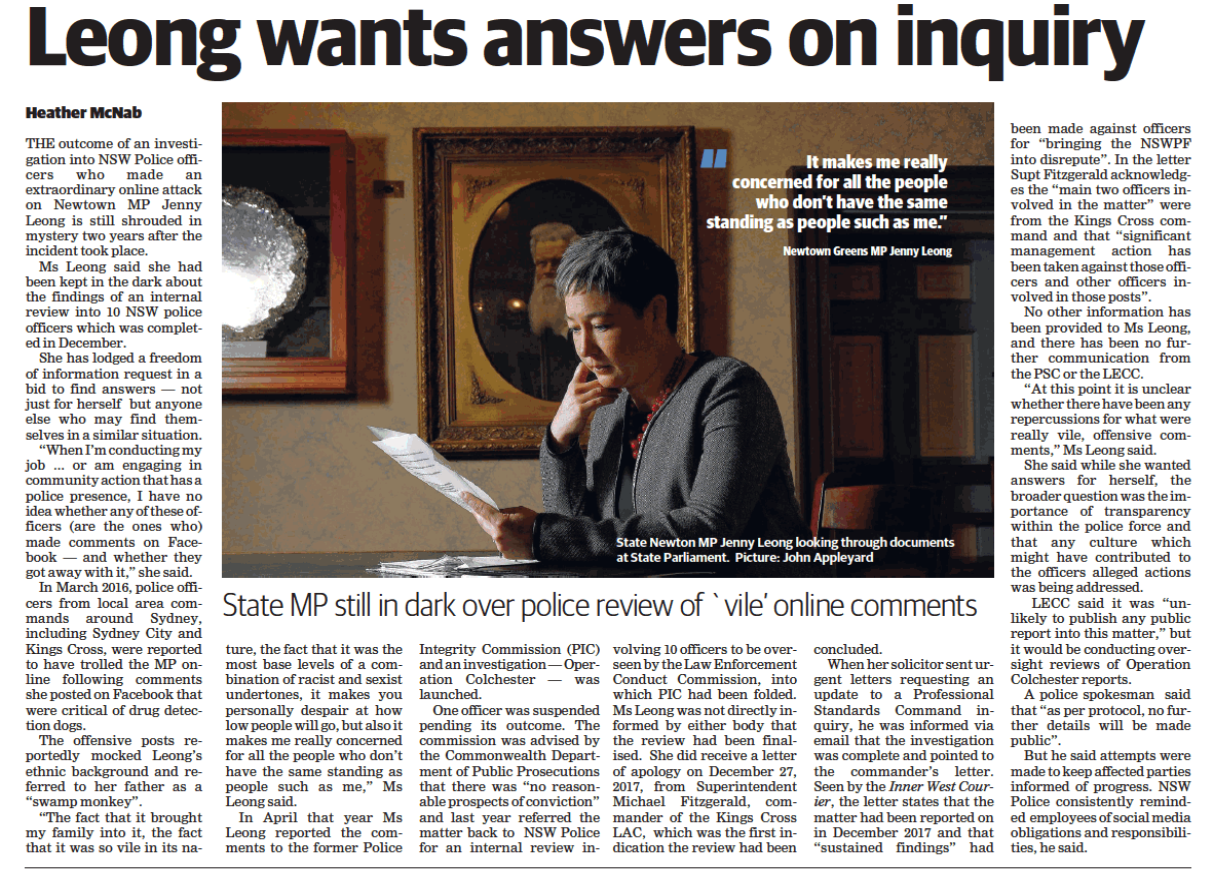