I urge you to make reforming consent laws in NSW your highest priority. It is crucial that you act now to implement the recommendations of the Law Reform Commission to review NSW’s consent laws and introduce a communicative model of consent into the Crimes Act. 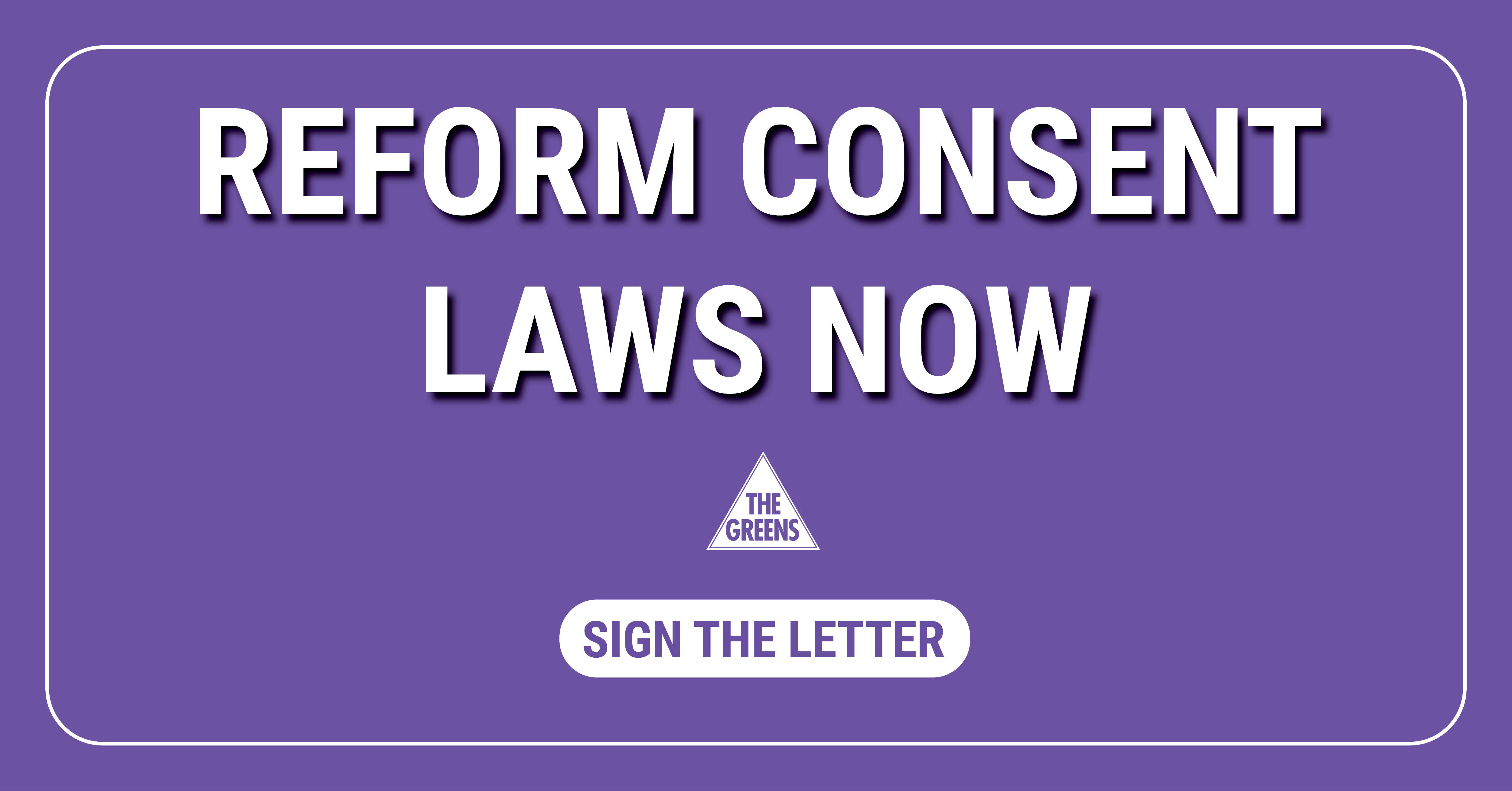 Great work! Our collective campaigning is working! News reports today are suggesting that the NSW Attorney General will be bringing forward his plans for overhauling consent laws in NSW to cabinet this week - and that details are likely to be revealed as early as Tuesday.

We know that the Liberal/National Government is dominated by conservative men - so we need keep the pressure up.

In the coming weeks there will be much debate over the details of the Bill, and the chance to push for amendments to ensure it delivers on our demands for enthusiastic consent.

Add your voice to this petition demanding strong, enthusiastic consent law reforms in NSW - and to keep connected with our continued campaign.

Right now in NSW the laws that we have to respond to sexual assaults are woefully inadequate. The way that ‘consent’ is defined within the NSW Crimes Act makes it possible, and even probable that Police, Courts and Juries will rely on false and outdated ‘rape myths’ to decided whether or not an assault has taken place. As a result, conviction rates are extremely low and people who experience sexual assault often don’t report it because they know they won’t get justice.

The NSW Attorney General knows this is a problem, but three years after he admitted to it, changes still haven’t been made.

We urge you to sign on in support of our letter urging him to act to reform consent laws now.

The path to this reform is clear - a report commissioned by the Attorney General himself agrees with key experts, stakeholders and survivors that we need to apply a communicative model of consent within the Crimes Act. This alone won’t solve rape culture, toxic masculinity and the patriarchy, but it will go a long way to ensuring justice for those who have been raped or have experienced sexual assault. 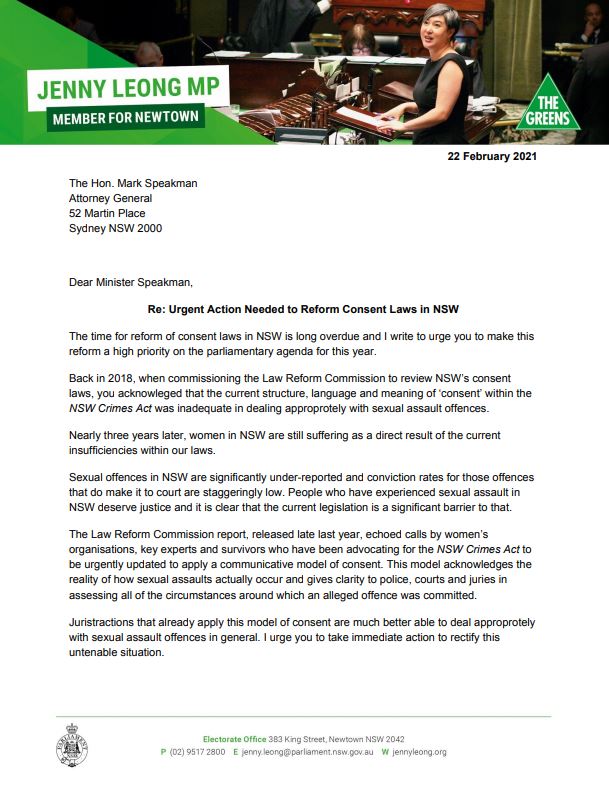