Cuts to refugee supports mean hundreds could be left homeless

There are fears that hundreds of refugees living in community detention could be left homeless, after the Federal Government cut housing and income support. We have written to the NSW Premier, urging her to raise concerns with the Federal Government, as it will be NSW health, housing and community support agencies who will be left to deal with the social and economic impacts of this decision.

You can watch our Notice of Motion to the NSW Parliament below.

I give notice that in the next available sitting day I will move that that this House:

You can read our letter to the Premier below. 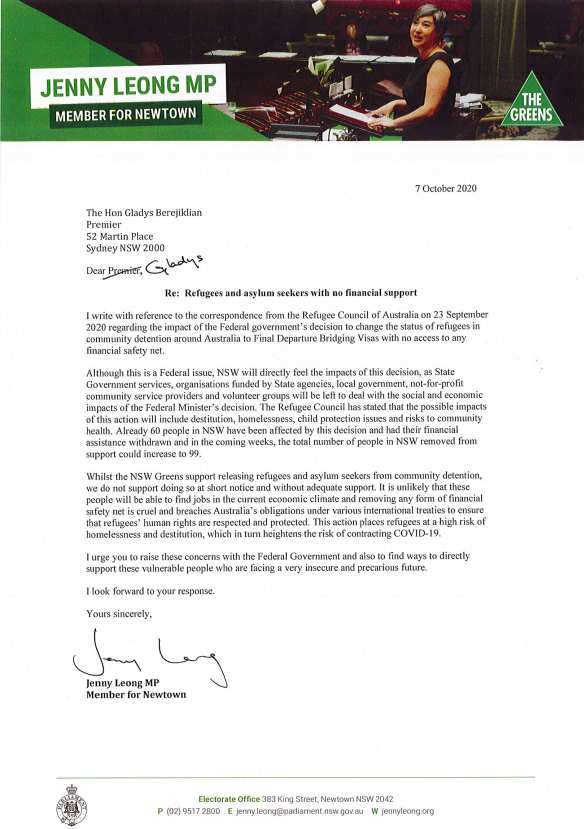 Share Tweet
MEDIA RELEASE: Redevelopment of Elizabeth Street, Redfern will be a sell off of public land for private profit