In good news for families living in Redfern, the Department of Education has revised the boundaries for the Inner City High School Catchment following a concerted community campaign to allow local kids to attend the school.

“The revision will be a welcome win for some - but there still remains a number of unanswered questions.

“Communities and families living in Redfern - some of whom live literally across the road from the new school - are now in the catchment, which is great news for them.

“However, issues and questions still remain: most crucially, how was the review conducted and who was consulted given no parents we spoke to were contacted - and that those living in Darlington are excluded?

“Clearly this pressure is working - but there are still lots of unanswered questions and genuine concerns - which is why we need to ensure flexibility and transparency around this new high school in our area. That means ongoing and genuine consultation NOT just putting up maps on websites. 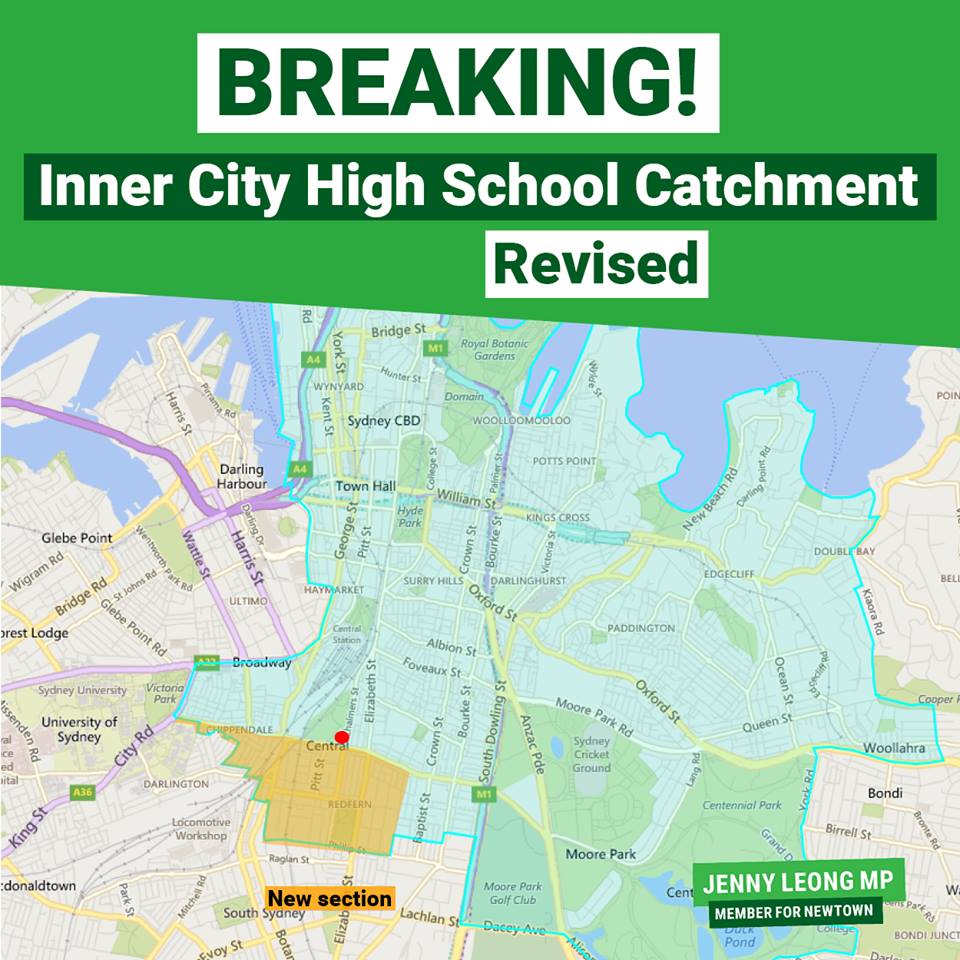