Jenny met recently with local residents in Stanmore, who are concerned about a proposal to remove bus stops on Douglas St that are serviced by the 412 bus. 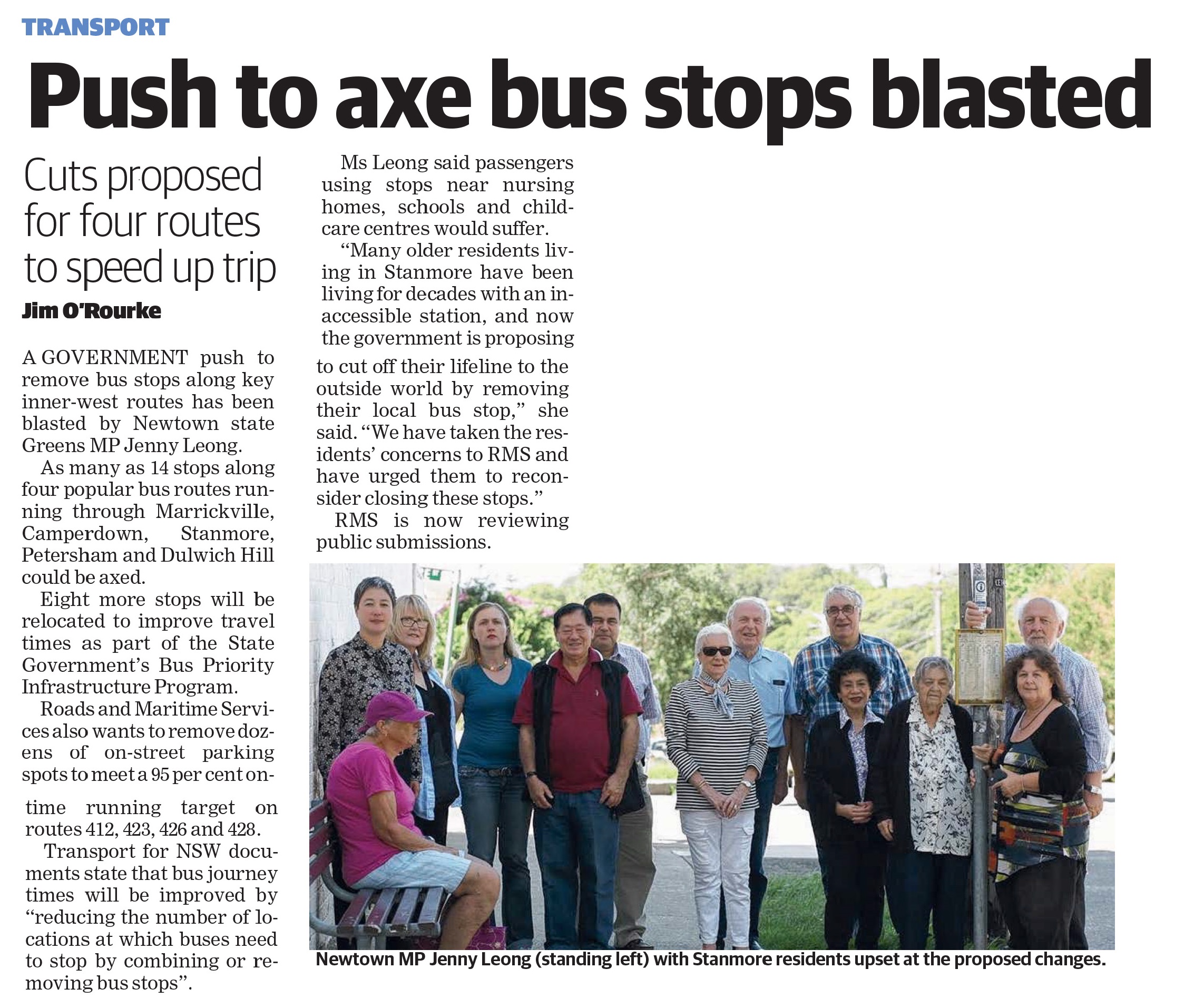 For many residents, these bus stops are a lifeline to the outside world, connecting them to shops, services and Stanmore train station.

Stanmore residents have already been living for decades with an inaccessible station, and now the NSW Liberal government is proposing to reduce accessible transport options by closing stops. This is unacceptable – particularly when the Government is also spending billions of dollars on polluting tollroads like WestConnex.

Public transport needs to be a convenient, safe and accessible option for all users. Not only because it is a sustainable transport option that reduces dangerous carbon emissions, but also because increased use of public transport will ease congestion on our overcrowded roads.

The Greens are committed to seeing more investment in public transport.

Read Jenny's letter to the Roads and Maritime Service, who are conducting the review of local bus stops with Transport NSW, urging them to maintain the stops.

Read the coverage in the Inner West Courier.