Sydney nightlife was already damaged by the lockout laws prior to the COVID-19 pandemic, so it is clear that the sector needs significant assistance to recover post-pandemic. Jenny Leong MP spoke in support of the Liquor Amendment (24-hour Economy) Bill 2020 but emphasised that it does not go far enough and much more needs to be done to rebuild our vibrant, local hospitality and live music scene.

Where's the support for the arts and creative industries?

Jenny Leong MP, Greens member for Newtown calls the the government to step in and provide much needed support for the arts and creative industries during the COVID-19 pandemic.

Jenny Leong MP, Member for Newtown has spoken out in support of increased funding for our libraries.

Media Release: Greens in Newtown and Ballina support your right to party

Greens Members for Newtown and Ballina have confirmed their support for the Australian Festivals Association’s (AFA) demands on the NSW Government as the internationally renowned Bluesfest threatens to move the festival to Queensland. The Director of Bluesfest has squarely pointed the finger at this government for their actions.

"The Greens absolutely support the AFA’s calls, in fact we consider what they are asking for to be the basic minimum standard for community consultation and evidence-based policy making,”  said Jenny Leong, Greens MP for Newtown.

"We’ve seen the Liberals and Nationals impose lockouts, attempt to shut down our city and stop us from dancing - and now they are throwing the same sort of uninformed and outdated views on our festivals and it’s having enormous consequences.

"The Greens were the only party in the NSW Parliament to stand strong and oppose the lockout laws when they were introduced - our position is clear - we oppose the Sydney and CBD lockouts, we support pill-testing and we want a thriving and creative live music scene,” she said.

“We need to stop the over policing of festivals - including banning sniffer dogs -  and support our musicians and the music industry in NSW."

“Today’s statements from the Director of the award winning Bluesfest are a real worry, this festival is such an important part of the local economy and our community,” said Tamara Smith, Greens MP for Ballina.

“Regional festivals don't want to suffer the same fate as Sydney when lockouts were introduced and to see a hugely successful Festival in its 30th year, fighting for its existence is shocking.

“Bluesfest are just the latest business owners to worry about how to keep the lights on in the face of restrictive and over the top government actions and they are likely not the last."

Jenny Leong MP, Member for Newtown, tabled the petition signed by 10,000+ people in support of Keeping Sydney Safe and Open in 2016 - her speech is available here: https://www.youtube.com/watch?v=3zodvK5NVMQ 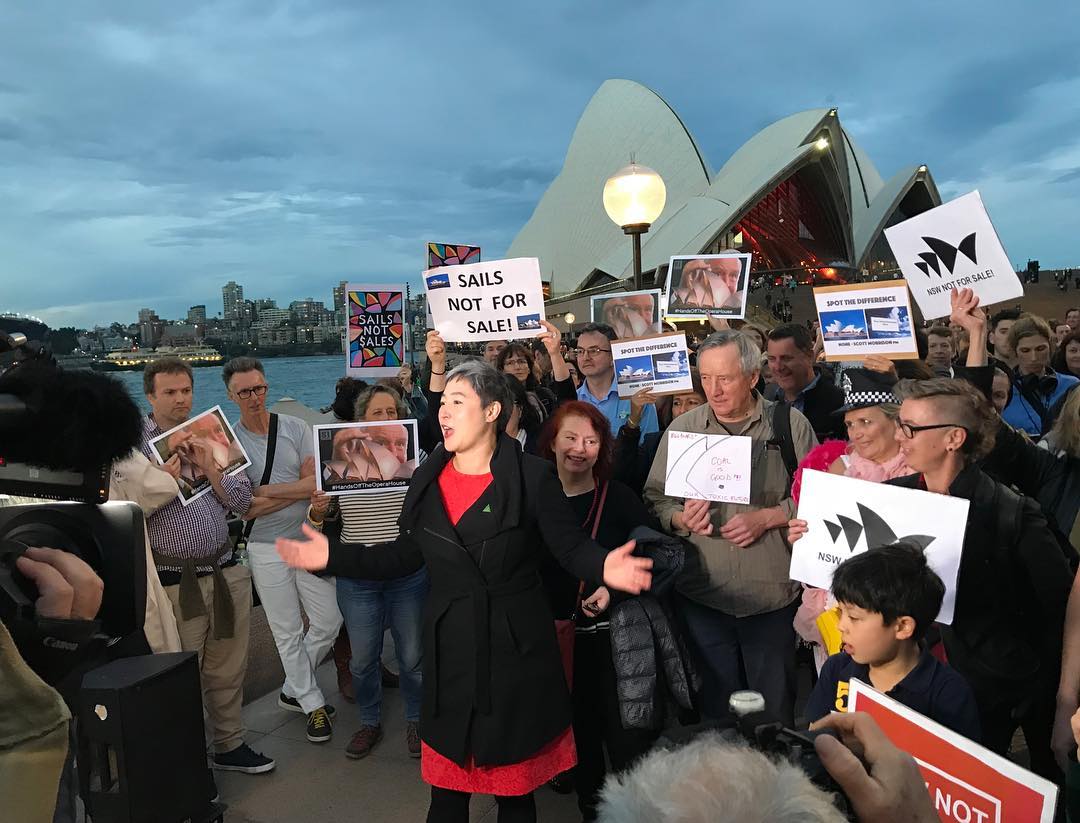 Sydneysiders draw a line in the sand over Opera House bullying

In response to the bullying and corporate exploitation of one of Australia’s most significant and iconic public places - the Sydney Opera House, Greens MP Jenny Leong, Member for Newtown calls out the culture of bullying in NSW.

“I was appalled when I heard the CEO of the Opera House, Louise Herron, attacked publicly last week. This is about more than turning our beautiful public places into corporate collateral, this is about drawing a line in the sand and saying, enough is enough to the bullies in our community, she said.

Greens NSW Arts Spokesperson Jenny Leong MP has written an urgent letter to the NSW Arts Minister Don Harwin calling on him to immediately explain the significant delay in decisions for the December 2017 Create NSW grants round.

“It is unacceptable that there has been such a delay in the announcement of the Create NSW December 2017 funding round leaving artists and creatives in the lurch,” she said.

NSW is home to exceptional creative talent across diverse art forms. Liberal state and federal governments have decimated the arts sector by slashing arts funding and threatening its independence.

The Greens value the role of arts in our society and will properly fund an independent arts sector and support our artists. A vibrant, diverse and innovative arts sector is at the heart of any thriving society. Strong creative industries not only enrich our community, they are also a significant and growing contributor to our economy and an important strong source of employment.

The Greens have a strong commitment to supporting and promoting an independent and thriving Australian arts sector through increased levels of public funding, and supporting targeted programs and incentives to enable the arts to grow.