"By leave: I draw the attention of this Parliament to the amazing work of YFoundations in supporting young people who are at risk of and experiencing homelessness. YFoundations works collaboratively with non-government organisations, government and community members to provide policy and structural advocacy services for young people.

Earlier this year I was pleased to attend the Youth Homelessness Matters Day and congratulate YFoundations chief executive officer Michael Coffey, senior policy officer Chris Stone and the YFoundations youth ambassadors, Alice Zhang and Sarah Maynard. I commend them for their ongoing commitment to the organisation. I acknowledge the contribution of Australia's first National Children's Commissioner, Megan Mitchell, who launched the event. I thank her for her tireless advocacy for the rights and interests of children, and the laws policies and programs that impact on them."

"I draw the attention of this Parliament to the trials and tribulations of all those who have caught—or attempted to catch—the 370 bus which runs from Glebe to Coogee, travelling through the electorate of Newtown. Dubbed "the worst bus in Australia", it is a haphazard bus that is now famous for extended delays.

I wish to recognise each and every person who has braved the elements to wait for the 370, often to simply watch it drive on past their bus stop without actually stopping, and those who have waited patiently for one to arrive long past when it was due to then see three appear in a row. To the few special people in our electorate who have successfully hailed and boarded the 370, and arrived at their destination on time, we salute you. The 370 is the worst bus. Congratulations to anybody who has managed to use it to get somewhere on time."

"I draw the attention of this Parliament to the fantastic achievement of Paralympian and Camperdown resident Angie Ballard. In September she represented Australia at the Paralympic Games in Rio. Angie competes in wheelchair racing and first represented Australia in 1998. She has competed at Paralympic Games in Sydney, Athens, Beijing, London and now Rio, where she won two individual bronze medals in the 100 metres and 400 metres T53 track events and a silver medal as part of the 4x400 metres relay team.

I congratulate Angie on her success, along with all the athletes in the 2016 Australian Paralympic team."

"I draw the attention of the House to the achievements of the Redfern All Blacks rugby league football club. The club was officially founded in 1944 and is the oldest Aboriginal rugby league football club in the country. This year the Redfern All Blacks men's team won the trophy in the grand final of the Sydney Combined Competition and very recently also won the prestigious Koori Knockout competition for the second year in a row. The Redfern All Blacks women's team made it to the semi‑final of the Sydney Metro Women's Rugby League Division 1 and were also champions at the Koori Knockout, winning the women's competition.

I congratulate all of the players, team officials, volunteers and supporters who have been part of a great year."

I draw the attention of this House to the work carried out by CanTeen to support young people whose lives have been turned upside down by cancer. Recently I joined CanTeen Chief Executive Officer Peter Orchard and some of the young leaders involved in CanTeen for an afternoon tea in Parliament House. CanTeen is an organisation run by and for young people to support each other when they or a loved one has cancer.

I visited the CanTeen offices a few months ago because recently it moved into the electorate of Newtown. I was profoundly moved by the stories of the young people who contribute so much to the organisation. They are true leaders and an inspiration. CanTeen is led by and for young people, and offers vital practical and psychological support and, just as importantly, friendship and understanding from peers. 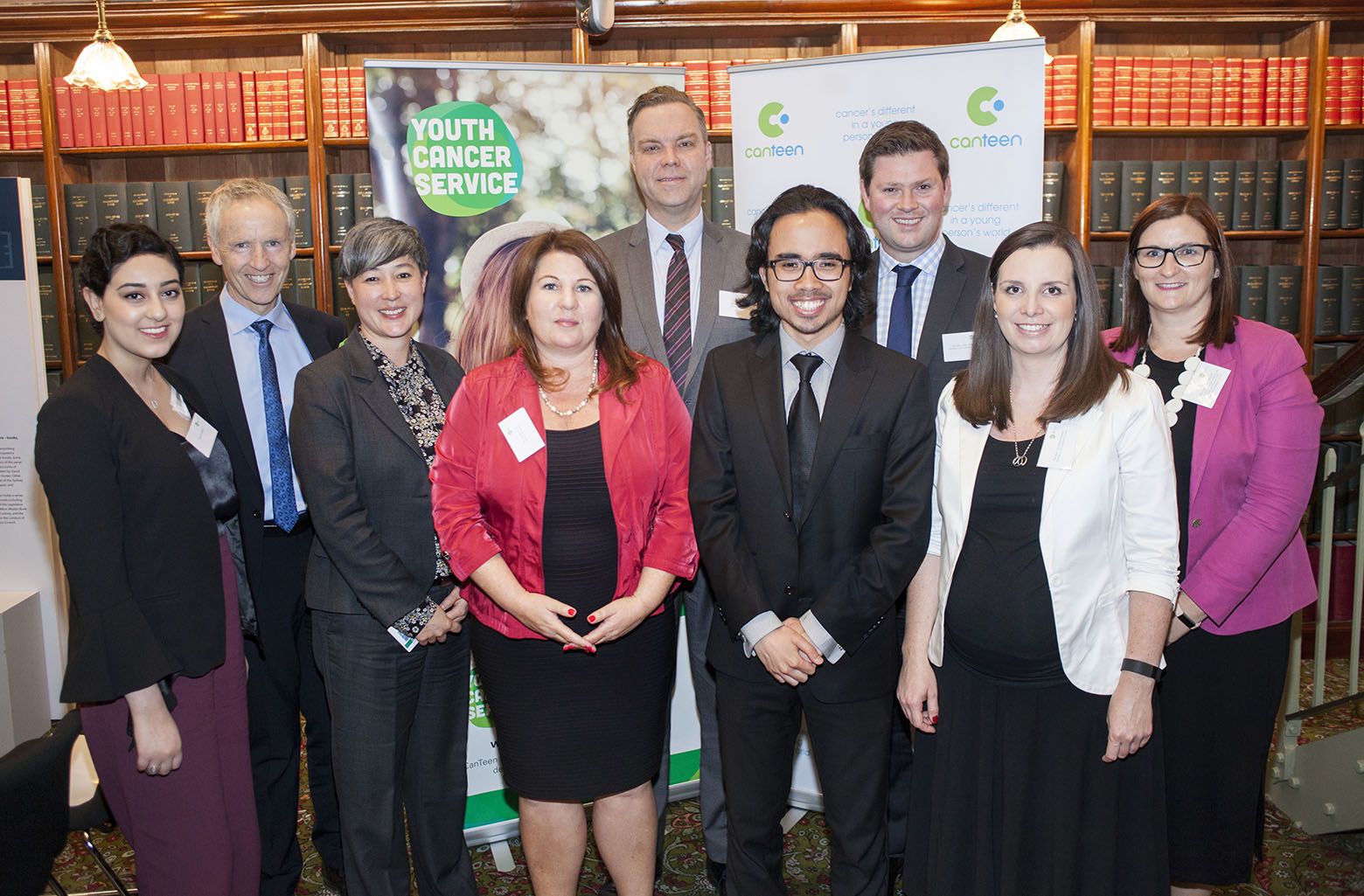 "I draw the attention of this Parliament to the restaurants across the electorate of Newtown that have recently been honoured in the 2017 Good Food Guide Awards. I congratulate the teams at Ester in Chippendale, Oscillate Wildly in Newtown and Sixpenny in Stanmore for their remarkable efforts in receiving two chefs hats in the awards.

I also congratulate the eight restaurants who received one hat including Izakaya Fujiyama, Vini and Porteno in Surry Hills, Kepos Street Kitchen in Redfern, LP's Quality Meats in Chippendale, Hartsyard and Stanbuli on Enmore Rd, as well as Newtown's Continental, which also took out the Bar of the Year award. Congrats to Bovine & Swine Barbecue Co. who picked up the Best Cheap Eats prize and Tim Watkins of Automata in Chippendale who picked up Sommelier of the Year. A special shout out to Parliament on King on South King Street, who won the Food for Good award celebrating innovation and charity and going above and beyond to contribute to the community."

"I draw to the attention of the House the fantastic efforts of the Mardi Gras team who coordinated another successful community Fair Day. The fair was held this year in Camperdown Memorial Rest Park, in Newtown. There were more than 220 stalls, hundreds of performers and a crowd of around 70,000—many more if we include the four-legged doggy friends who also attended. It was great to catch up with so many champions of our LGBTIQ communities on the day.

I give a shout-out to Australian Marriage Equality, the Mardi Gras 78ers, the Gay and Lesbian Rights Lobby, Positive Life NSW, Out for Australia, the Gender Centre and Rainbow Families. I offer my congratulations to the Sydney Gay and Lesbian Mardi Gras staff, including chief executive Terese Casu, the Volunteer Fair Day Working Group and the many volunteers who helped out across the day.

"I draw the attention of the House to the important work of the Women's and Girls' Emergency Centre [WAGEC] based in Redfern. WAGEC started nearly 40 years ago as a small inner city drop-in centre, assisting women and girls in crisis. It has grown to deliver a range of activities from early intervention to offering crisis accommodation and support services to women, children, young people and families who are experiencing or are at risk of homelessness and/or domestic and family violence across the city and inner west.

I was very pleased that WAGEC was the recipient of a Community Building Partnership grant this year, which will fund upgrades to its facilities. The project will revamp an outdoor space to assist with client support and services. I commend the work of chief executive officer Helen Silvia and the entire WAGEC team for their commitment and work to empower clients and provide them with support in times of need." 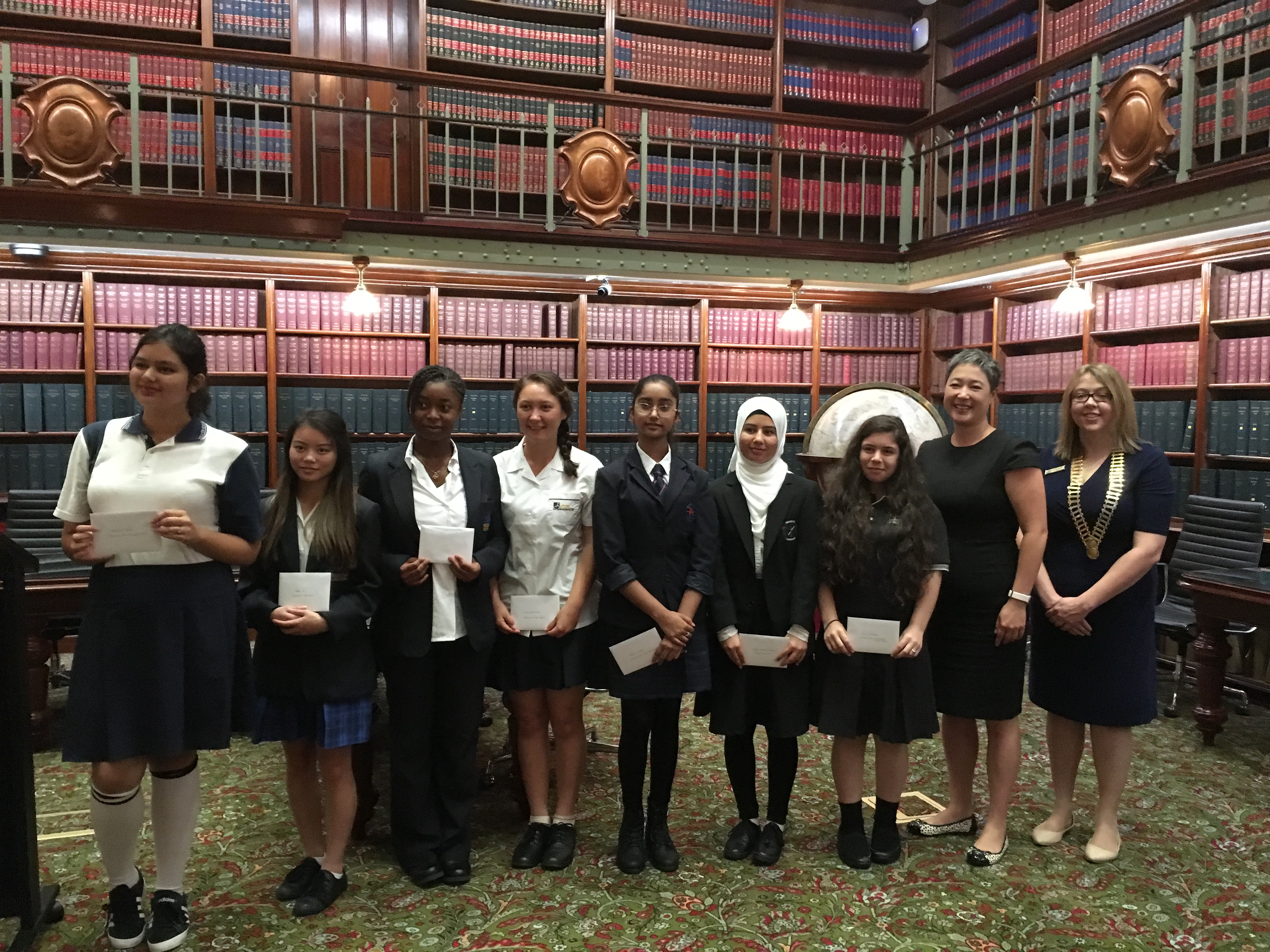 "I inform the House about the work of Soroptimist International Sydney, which is part of a global movement to improve the lives of women and girls. I recently joined members of the organisation at the presentation of the Soroptimist Sydney Education Grants for Girls. I congratulate the grant recipients:

Today we acknowledged the work of the Women's and Girls' Emergency Centre in Redfern.