The Baird Liberal Government has released its final UrbanGrowth plan for The Parramatta Rd corridor, including Taverners Hill. The density of the precinct will increase more than 400%, but there is no new infrastructure to support these new residents.

At 4am this morning the NSW Liberal Government snuck through legislation making it easier to sell our parks and public assets to developers. This underhanded behavior represents a new low for a Government hell bent on privatisation at all costs.

The Moore Park ‘Master Plan’ has been released, mapping out the future uses and management of the parklands.

Moore Park is part of Centennial Parklands, the green lungs of our inner city. With 60,000 new residents forecast to be living in the suburbs immediately adjacent to Moore Park over the next 20 years, demand on greenspace and recreational space will only increase.

It’s urgent that we put in place protections and sustainable management practices on our existing parklands.

Standing Up for Green Spaces

The NSW Liberal Government must end the destruction of trees in our inner-city areas. The Greens will always stand up for urban sanctuaries and green spaces.

Mirvac has lodged a Development Application with the Department of Planning and Environment to redevelop Australian Technology Park, primarily for commercial space to be used by the Commonwealth Bank.

Public submissions to the development plan closed on 29 February 2016.

You can read the submission made by Jenny Leong MP here.

Below are some of the key concerns about this development, which were provided as a guide for public submissions.

Loss of innovation and technological focus

Greens MP for Newtown Jenny Leong arranged for the Minister for Heritage to attend a tour of Austalian Heritage Park (ATP) in January 2016, with a number of historians and community representatives. With the sale of ATP to Mirvac, the management of the wealth of cultural, innovation and transport heritage at Australian Technology Park and surrounds is more urgent than ever.

Welcoming news that Sydney University has added its weight behind the campaign for light rail along Parramatta Road, the two local state members said the Liberal State Government needed to meet community expectations and jump into the 21st century with its transport planning. 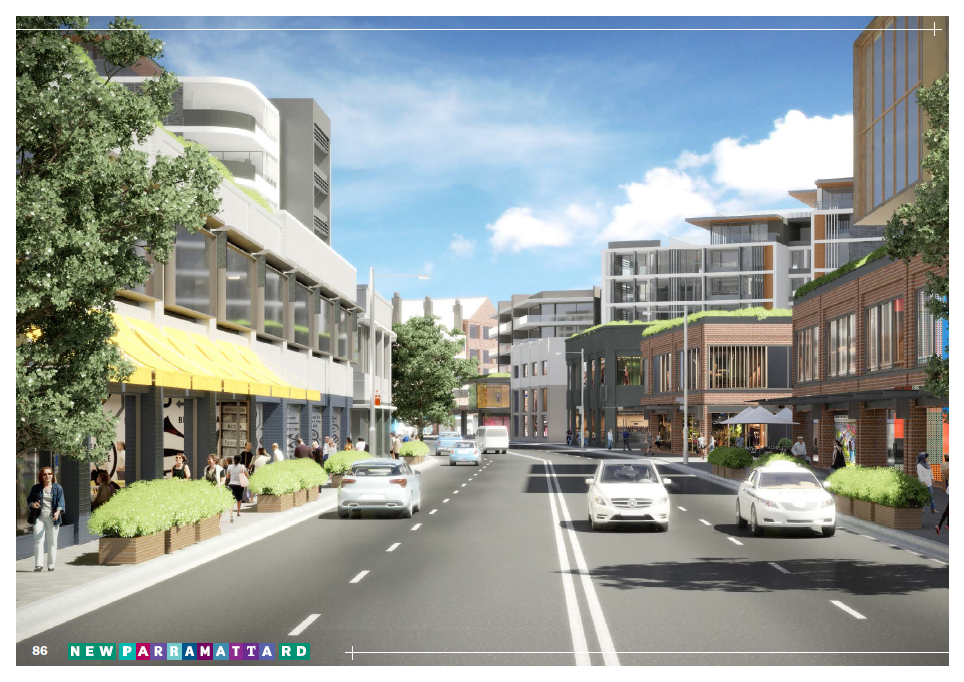 Greens MP for Newtown, Jenny Leong and Greens MP for Balmain, Jamie Parker cosigned this submission to Urban Growth stating their objections to the proposed overdevelopment of Taverners Hill, Leichhardt and Camperdown precincts.

As the local members of electorates which will be greatly impacted by these plans, Jenny and Jamie will  work with local communities and in the NSW Parliament against developments such as these which override and trample on existing Local Environment Plans and the Sydney Metropolitan Plan.

We have a vision for a city that is liveable, sustainable and diverse. This means investing in affordable housing, green space, community facilities, public transport and recreational facilities. It means embracing innovative design and sustainable technologies.  It means engaging in meaningful consultation with communities.

By fast tracking development and scrapping good planning guidelines, developers will win over the needs of the community. The government's Urban Growth strategy is a threat to that vision. UrbanGrowth NSW has no targets for affordable housing, sustainability or open space. There are no guarantees that these new and expanded neighbourhoods will have the critical infrastructure they need such as schools, sporting fields, medical facilities or public transport.

The Greens believe we need to protect the communities and places we love, and all of that all starts with democratic, sustainable and smart planning.

The planning system in NSW is an undemocratic mess.

A complex tangle of laws ties communities up in knots while delivering endless loopholes for developers. More and more decision-making is being removed from local councils and delivered instead to state government ministers and bureaucrats who’s only interest is the dollar value of the development. The end result is unplanned, disconnected development with poor transport, high energy demands and crippling prices.

Both the old parties have failed on planning.

Corporate donations and influence peddling under NSW Labor dragged the planning system into disrepute. Labor delivered the now notorious Part 3A of the planning laws has allowed the planning minister to approve literally any development, anywhere in the state, regardless of the local planning laws. If ever there was a corruption-ready law, that was it.

The Greens are committed to returning planning power to communities.

We do this because we trust people to make the right decisions for their communities. This includes in developing and implementing long term planning strategies that can’t be bypassed by cashed up developers.

For this planning system to work it must be built on the three pillars of ecologically sustainable development, giving full weight to each; the environment, society and the economy. Done well, planning can produce wonderful places to live, work and recreate while not costing the earth.

Some of the most densely settled parts of our cities and townships are also the most liveable and sustainable. The terrace houses and semis built last century in Sydney, Newcastle and regional towns across the state deliver density on a human scale with low energy housing, pedestrian connections and enviable public and active transport.

Unlike the old parties the Greens work for the people who elect them, not the corporations that finance them.

The Greens believe in applying the best planning lessons of the past while marrying them to the renewable energy solutions and digital connections of the present. We can have green open space, active transport, affordable and sustainable housing and close connections to work. We just need to give ourselves the power to make it happen.

The Greens have always stood with communities on the front line of development issues. It is a track record we are proud of. It builds on decades of progressive actions from Jack Mundey’s Green Bans of the 1970’s and 80’s right through to today’s struggles for green space and railways before highrise and motorways.