Community Locked Out of Lockout Review

NSW Greens acting spokesperson on Liquor Laws Jenny Leong says the community is right to be outraged by the recent comments from Premier Mike Baird that have all but promised that Sydney’s CBD lockout laws will live on – even though the stipulated public review has not even begun.

“The CBD lockouts were imposed with a top-down, heavy-handed approach from the Baird government. Yes, there was a problem, but there was no attempt to work with the community and key stakeholders to find a long-term solution that would keep our city vibrant, open and safe,” she says.

Member for Newtown Jenny Leong has responded to today’s story in the SMH on a City of Sydney report on late-night pedestrian numbers throughout Sydney.

The report notes a large decrease in nighttime foot traffic through Kings Cross and the CBD, and a sharp rise in pedestrian numbers in Newtown. 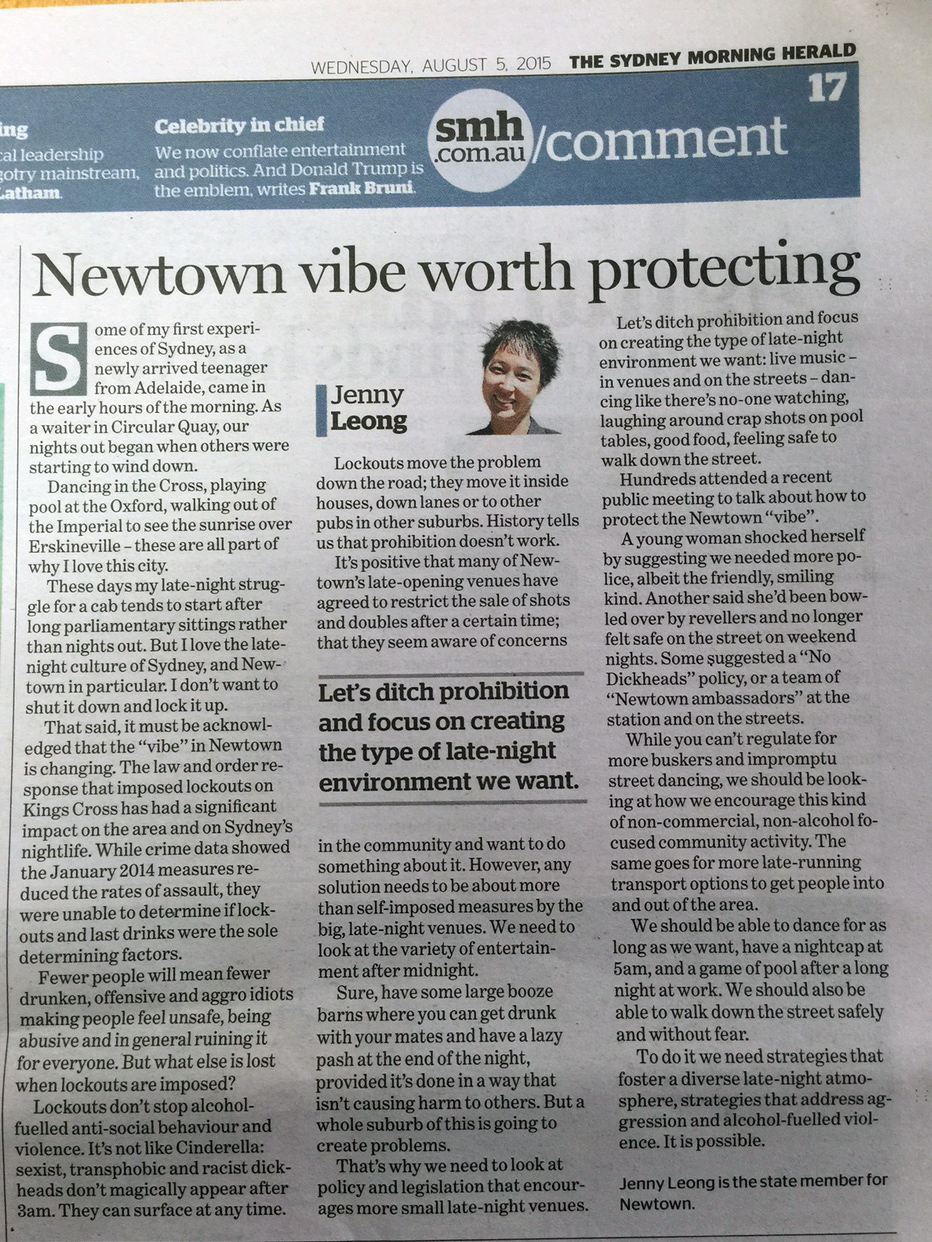