"I draw the attention of this House to the fantastic efforts and initiatives of the Newtown Neighbourhood Centre in working towards a more inclusive, resilient, vibrant and self-reliant community in the electorate of Newtown. I especially acknowledge the Newtown Neighbourhood Centre's community development worker, Emily Walpole, for her tireless advocacy and efforts on behalf of the residents of 31 Station Street, Newtown. When it became clear that sudden changes to the exterior of the building were having a significant negative impact on the livelihood of residents, Emily did everything in her power to have those concerns heard.

I also acknowledge the work of the Marrickville Legal Centre, in particular Julia Murray, for her support for those efforts. I commend each and every resident of 31 Station Street for the patience and dignity they showed in the face of distinct adversity, in particular a tenant representative, Merci, for her efforts in facilitating tenant meetings and for her calm and practical approach under difficult circumstances. I congratulate everyone involved. I was pleased to pass the building and see the apartments filled with light once more."

I draw the attention of this House to the NSW Volunteer of the Year Awards organised by the Centre for Volunteering. I commend all nominees and winners for their commitment and dedication to volunteering, and make special mention of the nominees and winners who live within the electorate of Newtown: Jane Hehir from Ashfield, who volunteers with Newtown Neighbourhood Centre and received the Volunteer of the Year Award; Bridget Rose Kelly from Stanmore, who volunteers at Plumtree Early Childhood Intervention service and received the Student Volunteer of the Year award; the SPARK volunteer team, who received the volunteer team of the year award; Patricia Di Croce from St Peters, who was recognised for her volunteering with the Wilderness Society; and Greg Owen from Newtown, who was recognised for his volunteering with the Taronga Conservation Society Australia. Congratulations to you all. 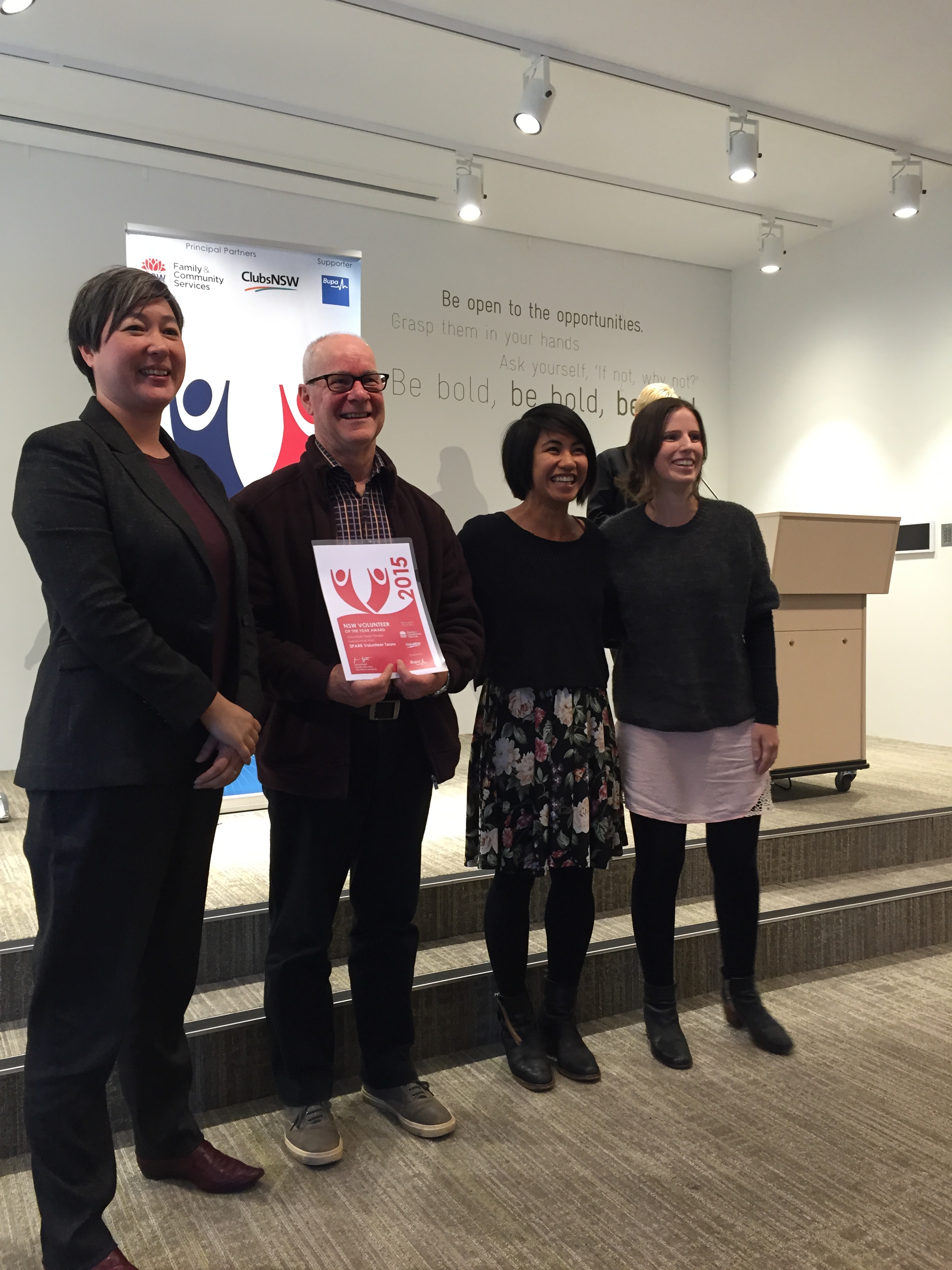 "It is the Year of the Monkey. My Lunar New Year celebrations began with Summer on the Green in Waterloo, coordinated by the Redfern and Waterloo Neighbourhood Advisory Board Events Group. About 650 people attended this event and enjoyed performances by the Lok Wan Cantonese Opera and Dancing Group and Mr Wu's tai chi sword and fan dance, as well as receiving a fortune cookie from the Chinese god of prosperity, Mason.

I was also honoured to attend the Haymarket Chamber of Commerce Chinese New Year banquet with my Greens colleague the member for Balmain. I thank the Chamber president, Simon Chan, and the executive for a wonderful night. Celebrations continue this week when I will join the Australian Malaysian Singaporean Association banquet as a guest of the president, Peter Wong, and members of the Malaysian and Singaporean communities. I recognise the invaluable contribution made by each of these and many other organisations and communities throughout New South Wales that celebrate Lunar New Year. Kung Hei Fat Choy." 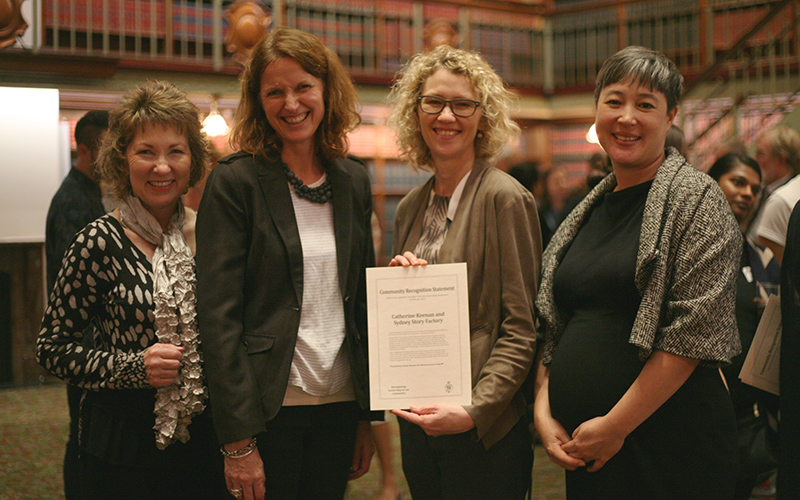 "I draw the attention of the House to the 12,866 individuals and non-government organisations that have made submissions to the new M5 Environmental Impact Statement [EIS] raising their concerns around the WestConnex and the new M5. I congratulate members of the local community campaign groups who worked so hard to inform the people of New South Wales and those directly affected by WestConnex about the significant and alarming impact this toll road will have on their lives and the lives of all their children and families. These groups include the WestConnex Action Group, NoWestConnex: Public Transport and the Save Newtown group.

I note that the list of all the submissions made to the new M5 EIS is over 180 pages long. This extremely large number of submissions highlights serious community concerns about this WestConnex toll road. I urge the Government to listen to them and their strong communities."

"I draw the attention of this Parliament to the important work of the South Sydney PCYC and to its significant contribution to the Redfern community through its encouragement of young people to be active in life and assisting them to develop their skills, character and leadership. Under the guidance of the new club manager, Gary Davis, and the regional general manager, Geoff Yates, the newly refurbished club has worked hard to revitalise the strong connection with the local community that it has enjoyed for many years.

I was pleased to be able to visit the PCYC recently and have a tour of it. I acknowledge the work that officers of the NSW Police Force do at the club. The programs on offer to young people range across education, sport, recreation, culture, life skills and outreach work. I congratulate Gary, Geoff and the officers based at the PCYC in South Sydney on their incredible efforts to revitalise the club. I wish them all the best for the future and I look forward to supporting them."

"I draw the attention of this Parliament to the important work carried out by staff and volunteers at the Cat Protection Society of NSW Inc. currently located on Enmore Road, Newtown. The organisation has been desexing and rehoming cats since 1958. It now rehomes around 1,000 cats each year, desexes a further 2,000 to 3,000, and has a no-kill policy, ensuring every cat lives a full and happy life. As well as offering a rehoming service, the society is involved in community education and advocacy for pet friendly policies and better animal welfare laws and regulations.

I congratulate chief executive officer Kristina Vesk, feline services manager Nerida Atkin, the team of around 20 dedicated staff and the 150 or so volunteers who foster cats, staff the society shop, or care for the cats in the Enmore Road shelter. I thank the board members—president Kaye Isbister, vice-president Nita Harvey and directors Angelika Elliott, Sue Schreiner, Grace Tam and Guy Farrands, who also volunteer their time to the organization."

I was pleased to attend the launch of BOLD at the Better Read Than Dead bookstore in Newtown, where I joined contributors Melissa Hardy, Kate Lilley, David Urquhart and Helmut Bakaitis, who shared their insightful and personal BOLD stories with us. I congratulate the anthology's editor, David Hardy and Hannah Mae Cartmel, from the publisher, Rag & Bone Man Press, for bringing together this collection of stories. I thank them for ensuring that these important stories from LGBTI elders in our community are documented and form part of our rich and vibrant history."

"By leave: I draw the attention of this Parliament to the amazing work of YFoundations in supporting young people who are at risk of and experiencing homelessness. YFoundations works collaboratively with non-government organisations, government and community members to provide policy and structural advocacy services for young people.

Earlier this year I was pleased to attend the Youth Homelessness Matters Day and congratulate YFoundations chief executive officer Michael Coffey, senior policy officer Chris Stone and the YFoundations youth ambassadors, Alice Zhang and Sarah Maynard. I commend them for their ongoing commitment to the organisation. I acknowledge the contribution of Australia's first National Children's Commissioner, Megan Mitchell, who launched the event. I thank her for her tireless advocacy for the rights and interests of children, and the laws policies and programs that impact on them."

"I draw the attention of this Parliament to the trials and tribulations of all those who have caught—or attempted to catch—the 370 bus which runs from Glebe to Coogee, travelling through the electorate of Newtown. Dubbed "the worst bus in Australia", it is a haphazard bus that is now famous for extended delays.

I wish to recognise each and every person who has braved the elements to wait for the 370, often to simply watch it drive on past their bus stop without actually stopping, and those who have waited patiently for one to arrive long past when it was due to then see three appear in a row. To the few special people in our electorate who have successfully hailed and boarded the 370, and arrived at their destination on time, we salute you. The 370 is the worst bus. Congratulations to anybody who has managed to use it to get somewhere on time."