The Sydney Metro City and Southwest has impacted local residents over many years with compulsory home and substratum acquisitions as well as changes to the heavy rail system which will mean that the Metro line will replace heavy rail services on the Sydenham to Bankstown line by 2024.

Sydney Metro City and Southwest will extend from the end of Sydney Metro Northwest at Chatswood and run under Sydney Harbour, through new CBD stations and south west to Bankstown. It is a massive transport project which has been partially privatised with the NSW Government's Transport Administration Amendment (Sydney Metro) Bill 2018 which was opposed by the Greens. You can read Jenny's speech here which calls out the privatisation of public transport and the closures of heavy rail corridors between Bankstown and Parramatta.

The bill established the Sydney Metro corporation as a corporation and a New South Wales Government agency under the Transport Administration Act. While this bill allows the Sydney Metro to be owned by the New South Wales Government and be part of the Government's transport cluster, it gives much broader powers to Sydney Metro, especially in relation to land acquisitions and residential and commercial developments. Our office advocated for local residents in the Newtown Electorate who found themselves unable to sell or take new loans on their properties for long periods due to the government's compulsory substratum acquisitions and bureaucratic delays. 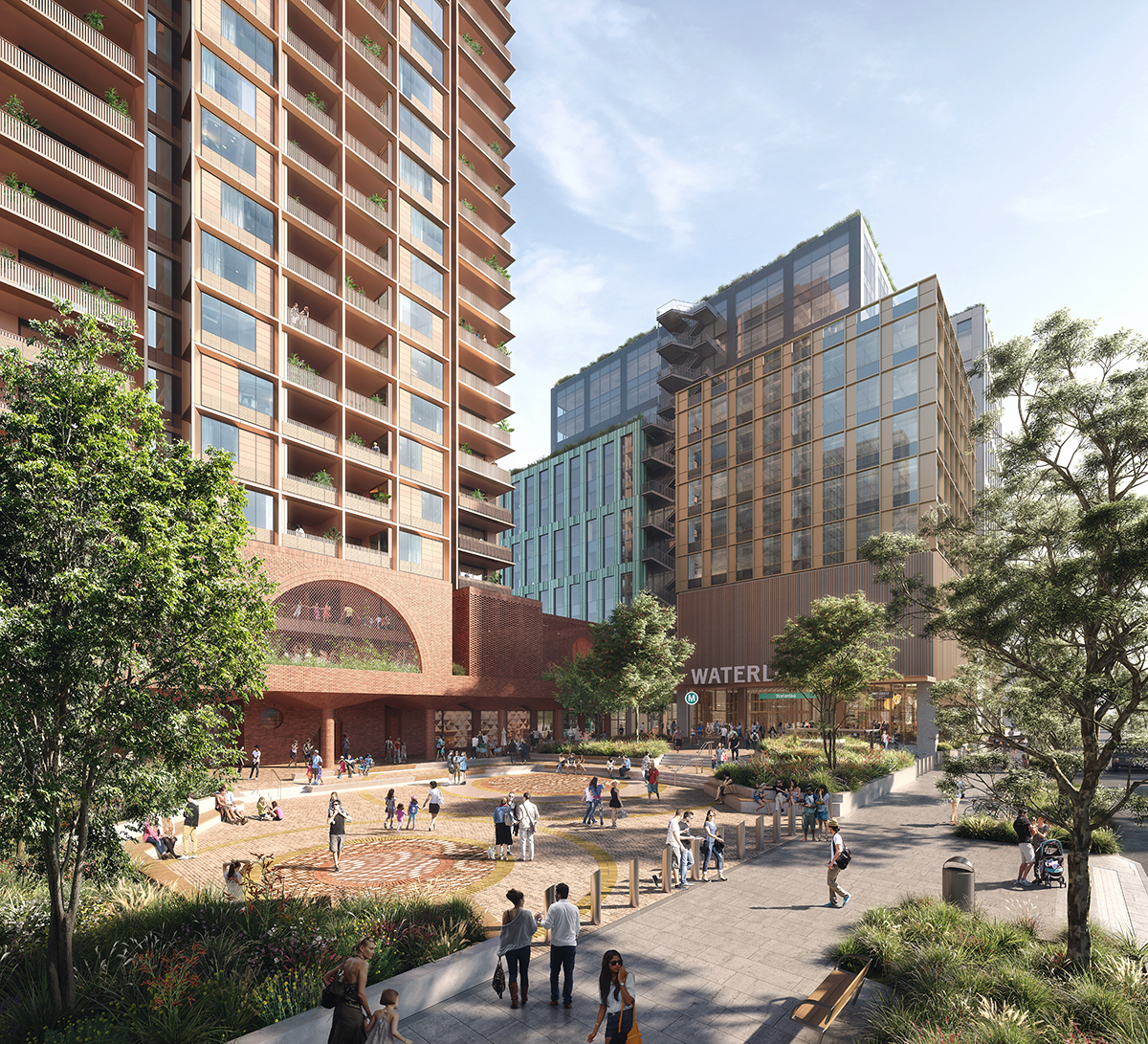 We've seen massive commercial and housing development proposals above some of the Metro stations on lands which were compulsorily acquired at rates which were under the market rates. These developments will have little or no affordable and/or social housing and community infrastructure such as schools and sporting facilities yet they will bring many thousands more residents into communities where the infrastructure is already inadequate.

In Waterloo where the Waterloo Metro Quarter development has been approved there will be three towers —a 17-storey office building, 24-storey apartment building and a 25-storey student accommodation building (which means that the accommodation in this building will not be subject to affordable housing percentages) as well as commercial and plaza space below with the new Metro station stop. Even though this development is right above a Metro station, there will be huge parking for tenants which will cause further traffic congestion in this densely populated area. This new precinct will cover the area bounded by Botany Road, Cope Street, Raglan Street and Wellington Street in Waterloo and yet it will not even have a community centre - which was planned but revised into a privatised childcare centre. More information here and here.

The Greens do not support the privatisation of public transport, lands and airspace such as is occurring in relation to Metro stations and believe that public transport must be publicly owned and managed, and that any Metro housing and commercial developments must include significant numbers of affordable and social housing as well as adequate community infrastructure.