The draft strategy proposes demolishing hundreds of period homes in the residential streets of Lewisham and Leichhardt to make way for apartment blocks up to 12 stories high. Housing density will increase dramatically – the area is now home to 700 residents but the plan is to house 5500.

Residents are rightly concerned that this will have huge impacts on the liveability of the area: putting pressure on schools and medical services; reducing public space; increasing traffic; and putting pressure on an already under-resourced public transport system. 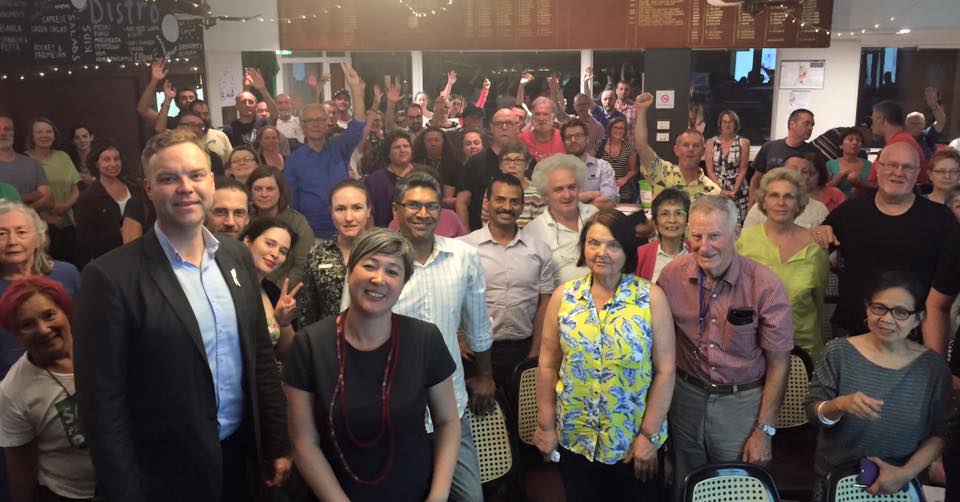 92% of the 150 residents who attended the meeting rejected the UrbanGrowth plan.

Residents are not opposed to development if it is well-planned and are offering alternative proposals that factor in liveability and sustainability.

Many are vowing not to be pressured to sell up and leave.

Greens MP for Newtown Jenny Leong said: “They’re not doing urban renewal, they’re doing property development. This plan is about allowing developers to make a profit out of our communities and neighbourhoods.”

Taveners Hill is just one of the communities impacted by the ‘New Parramatta Road’ development plan and it is likely that we will see community campaigns growing throughout Western Sydney in opposition.

Sign up here to stay updated on the community campaign.