The future of Erskineville and St Peters stations

After lobbying by local residents and Member for Newtown, Jenny Leong, Transport for NSW has announced that Erskineville and St Peters stations will remain open during construction of the Sydney Metro, in a statement given to the Sydney Central newspaper.

We welcome the Transport for NSW announcement that Erskineville and St Peters will be serviced by trains from another line and will not be closed for the construction period.

According to speculation in the media, it’s likely that trains on the Illawarra line will stop at Erskineville and St Peters. That could mean fewer trains at these busy inner city stations, as Illawarra line trains are less frequent.

Now we need a commitment that the number of train services will be maintained or increased.

Many local residents have told us that peak services at Erskineville and St Peters are over-crowded and that on some days it’s impossible to squeeze on to the packed carriages.

Do you use Erskineville or St Peters stations? Click here to give us your feedback on train services. How would it affect you if there were fewer services?

The number of people living around those stations has increased dramatically in recent years and, with a number of new developments planned, the demand for train services will only grow. 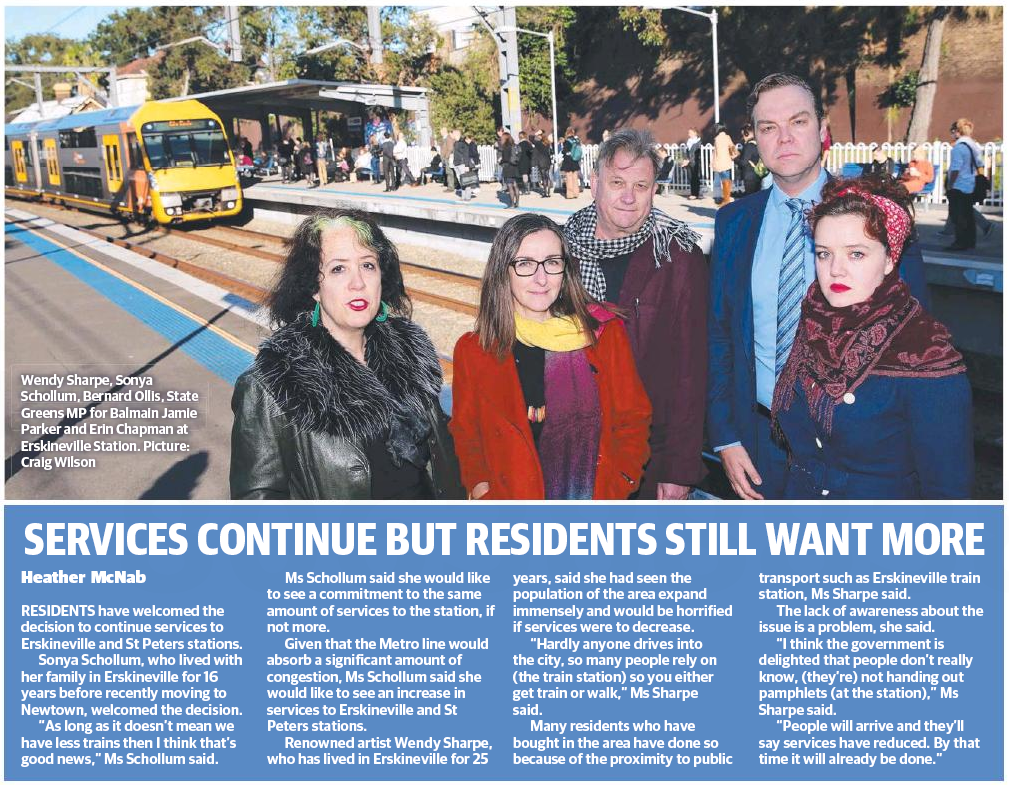