Why Our Community Camped Out to Save Sydney Park

This stand of trees on Euston Road next to Sydney Park has been earmarked for destruction to make way for WestConnex. Eventually the Baird government will take 14,000 square metres of the park and 350 trees including all those along the park side of Euston Road and Campbell Road as well as those along Sydney Park Road. 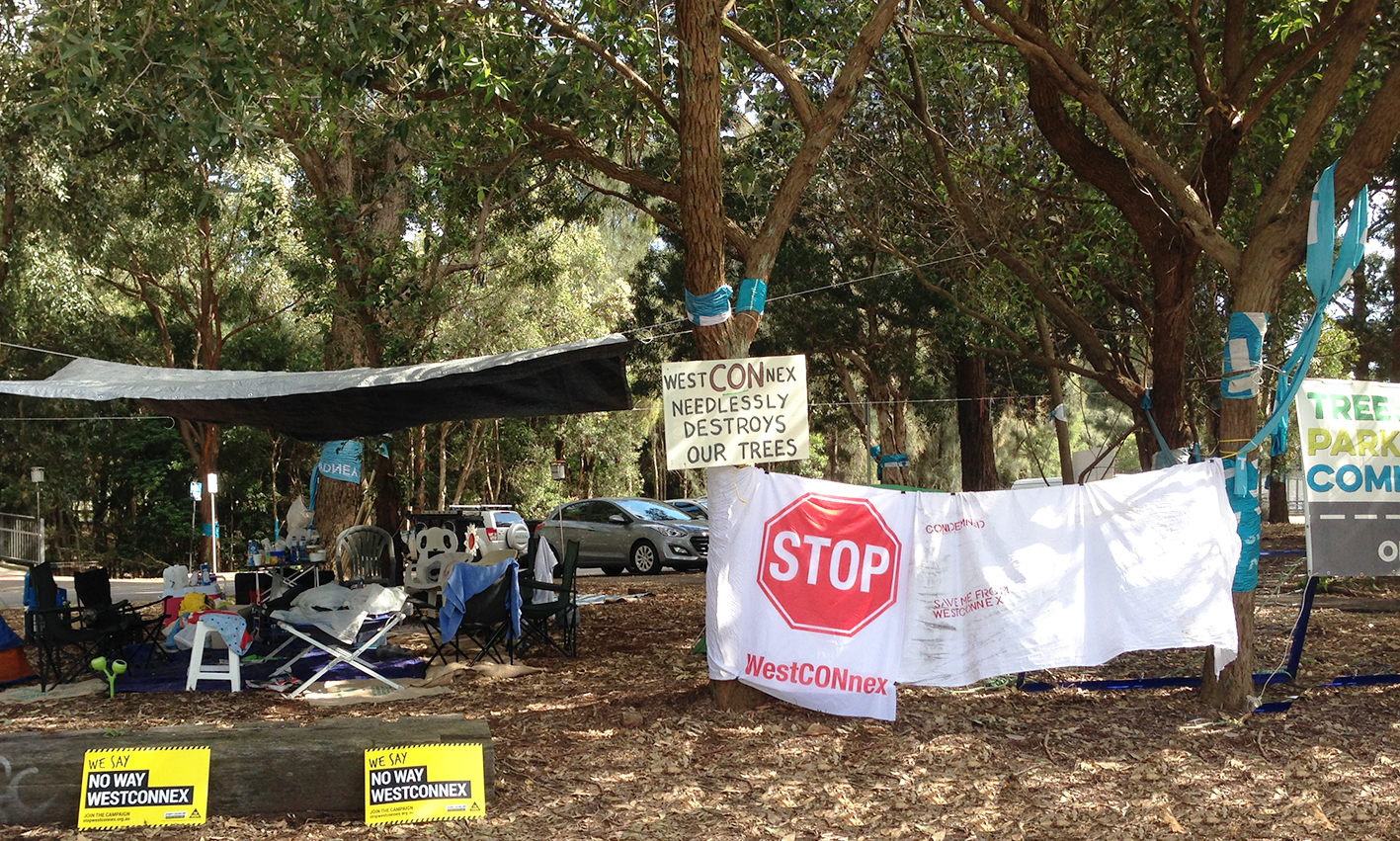 Paperbarks, eucalypts, she-oaks and tea trees were growing in Sydney Park before Europeans arrived. The whole area of Sydney Park was a wetland that extended all the way to Botany Bay.  Despite the site’s history as a brick pit, a tip, and with a densely populated city springing up around it, native plants and animals have survived 228 years of colonisation and urbanisation.

You can still find paperbarks and she-oaks, native grasses, and wetland plants growing in Sydney Park.  The lovely old trees provide a peaceful retreat for city dwellers on a hot day, but they also have a strong cultural history for Aboriginal people.

The amazing soft bark of the paperbarks was used by Aboriginal people to make textiles and swaddling blankets for babies.  The nectar from the flowers was dipped in water and used to make a sweet drink for babies who were not suckling well.

The City of Sydney has won awards for its sensitive restoration of these iconic wetlands, which provide a safe haven for native birds, lizards, bats and insects.  There are two Tawny Frog Mouths – a nocturnal native bird similar to an owl - nesting in the stand of trees slated to be destroyed.

After consultation with the Metropolitan Local Aboriginal Lands Council, The Sydney Park wetlands were this year given Gadigal names by the Geographical Names Board in recognition of the significance of the site. The wetlands have been named:

Instead of honouring and protecting this special site, the Baird Liberal Government is sending in bulldozers.  They have already destroyed precious remnants of the endangered Wolli Creek ironbark forest to build the WestConnex tollroad, and they are moving in on Sydney Park.  As a community, we have no recourse left but to stand and fight to protect what our community values, because our government has failed us.

Your help is needed to protect Sydney Park, which will face continued attacks as WestConnex works are underway.