WestConnex activist Pauline Lockie, our 2016 Local Women of the Year

WestConnex Activist Pauline Lockie has been recognised as the 2016 Newtown Electorate Local Woman of the Year. 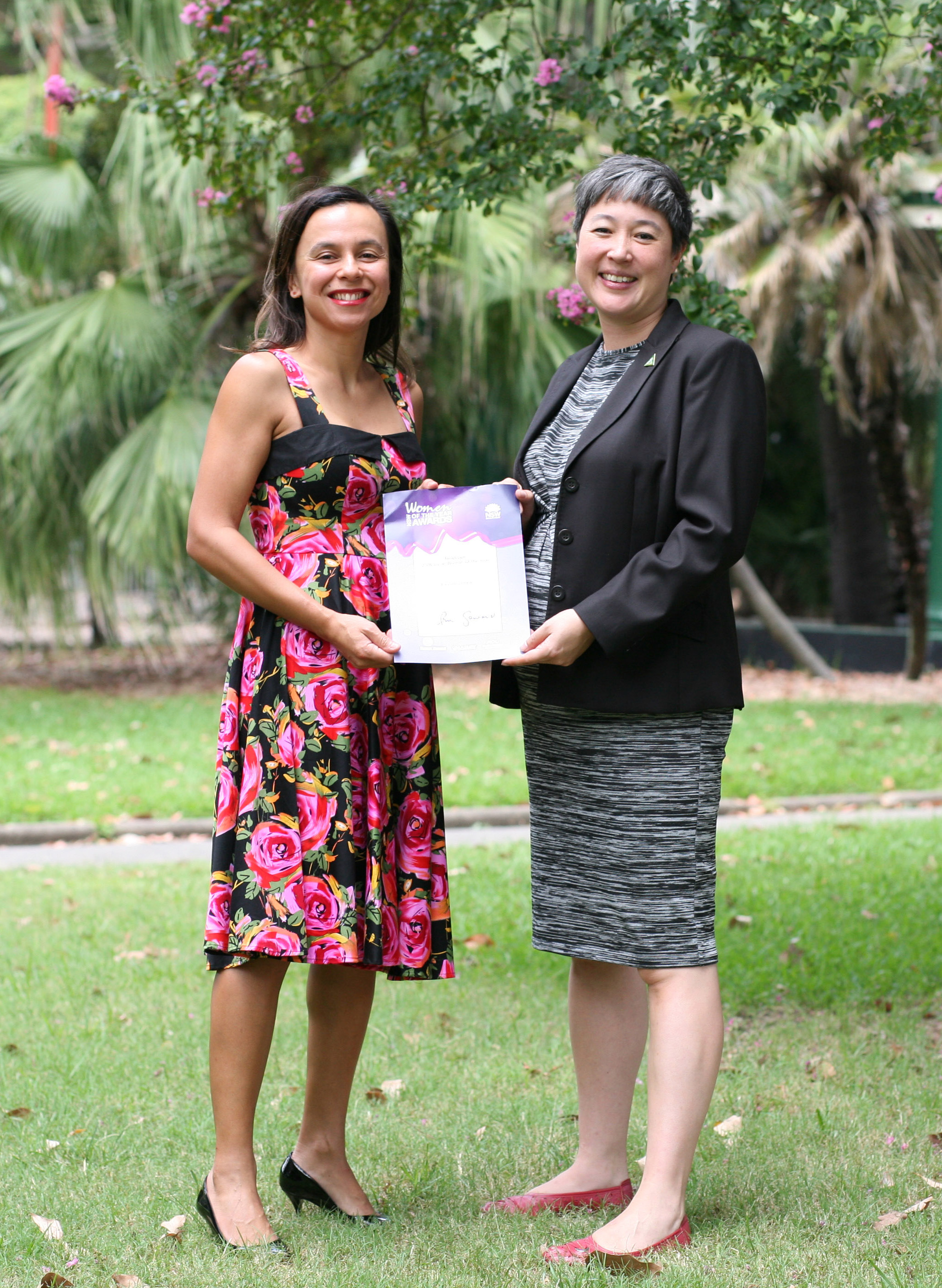 Each year the NSW Government recognises the outstanding contribution made by women across the state to industry, community and society. Local Women of the Year are selected by their local MPs.

Member for Newtown Jenny Leong has selected St Peters resident and WestConnex activist Pauline Lockie as the Local Woman of the Year in the electorate of Newtown.

Pauline had lived in St Peters less than 2 months before WestConnex told her they planned to forcibly acquire her new home. Since receiving that notice, she has been connecting with, engaging and activating our local community to stop the polluting motorway from destroying our neighbourhoods.

“Pauline Lockie has worked tirelessly within the WestConnex Action Group to highlight the negative impacts of the project not just in terms of the impact on her neighbourhood, but the broader implications for Sydney and the liveability of our city.

“Pauline has coordinated community actions attended by thousands of people. She’s helped set up new WestConnex Action Groups across the city and has been a fierce and determined spokesperson on the issue. She’s been a driving force in the opposition to WestConnex, forcing the NSW Government to take seriously the strong community campaign against the polluting tollroad.

The Newtown electorate recognises the importance of building strong, engaged and active communities. We value the work done by Pauline Lockie in her capacity as a volunteer campaigner and community activist.