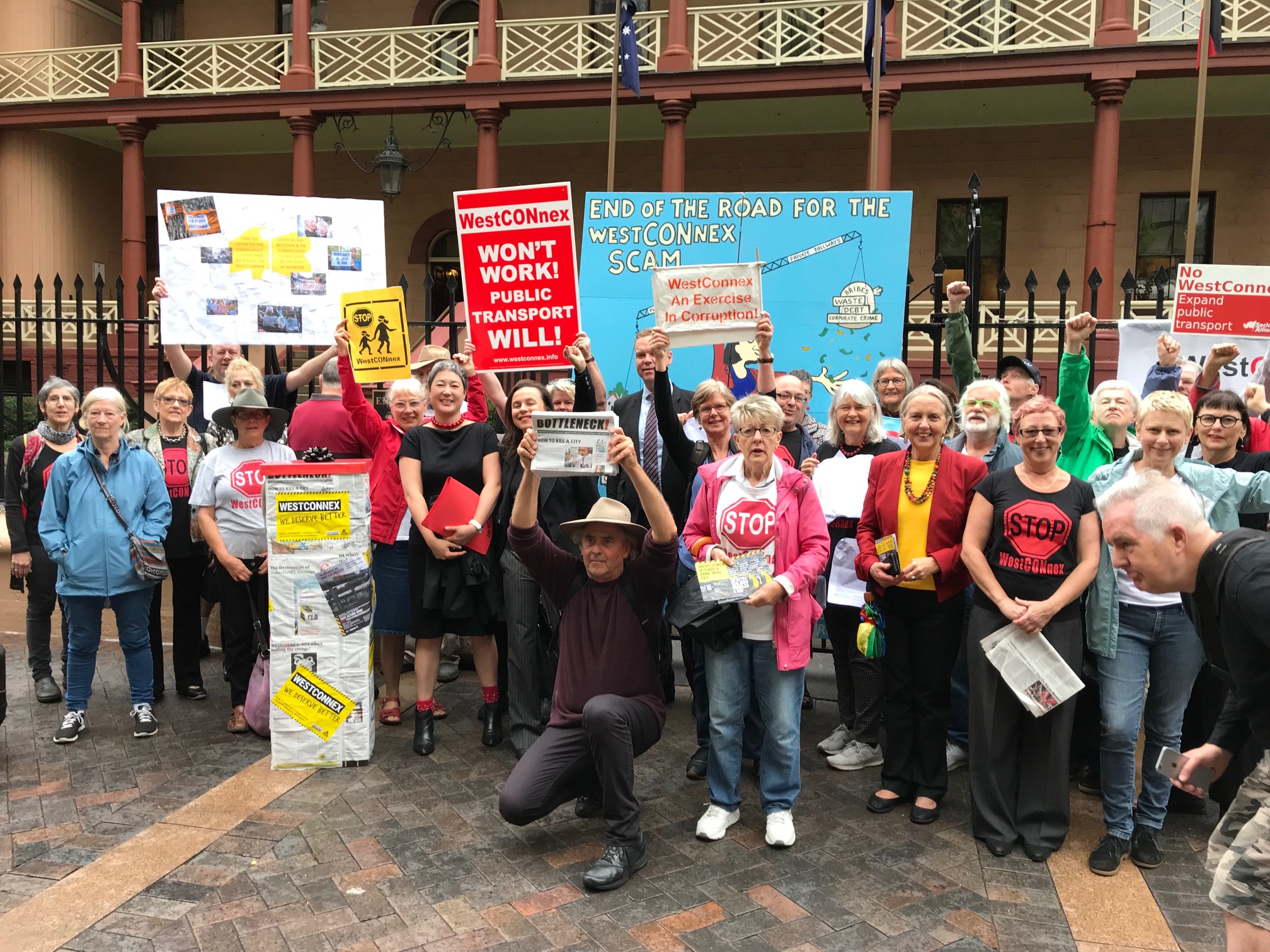 The Greens have been campaigning to stop WestConnex and invest in public transport since this tollroad was announced in 2012.

In May 2016, Jenny Leong MP, convened the Peoples WestConnex Inquiry in the NSW Parliament which featured community speakers as well as health, environment and transport experts.

As the former NSW Greens spokesperson on WestConnex and the Member for Newtown, Jenny has worked continuously alongside community action groups and local residents to highlight the major flaws and devastating impacts of the $16.8 billion dirty tollroad.

The Greens were instrumental in securing an NSW Parliamentary inquiry into the Impact of WestConnex in October 2018.

The Recommendations and Findings of Inquiry can be found here.

If you want to know more about the M4-M5 tunnel, you can find all the details here.

If you are concerned about the impact of the tunneling for the M4-M5, you can find details here.

The Greens have a track record of working with local communities to win campaigns against powerful, vested interests. We're committed to working with the community to stop WestConnex and invest in efficient, convenient public transport.

The Greens support cleaner, greener transport projects such as:

Our work on this issue: