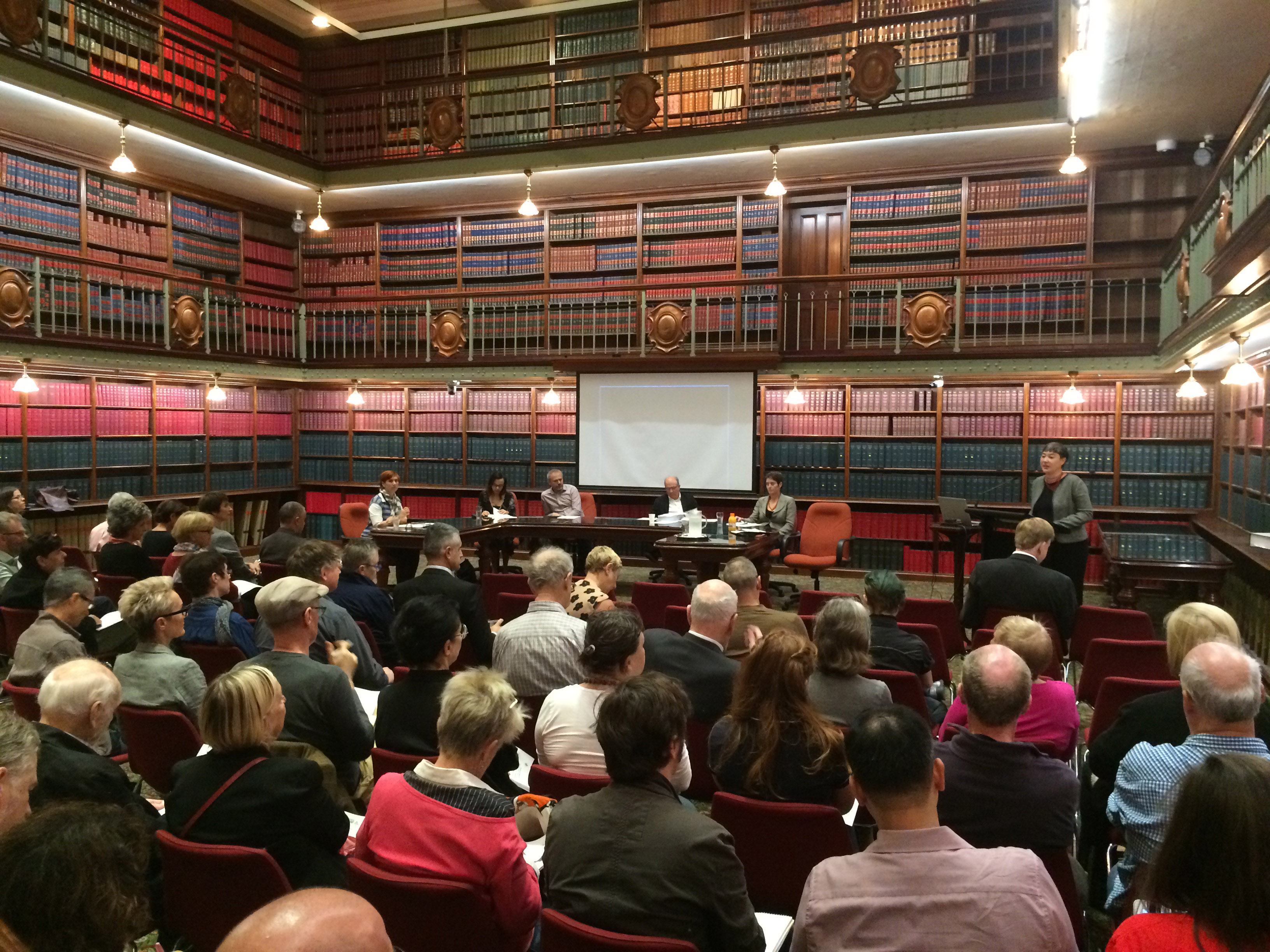 NSW Greens spokesperson on WestConnex and Member for Newtown Jenny Leong MP, today chaired the Peoples WestConnex Inquiry in the NSW Parliament. The Inquiry seated close to 100 participants and heard presentations from 20 expert speakers as well as multiple testimonies from affected members of the community who took the opportunity to put their views against WestConnex on the public record.

“The purpose of this Peoples Inquiry was to highlight the lack of transparency, good governance and community consultation surrounding the $16.8 billion WestConnex tollroad and today’s Inquiry exposed many of the extremely problematic impacts that this project will have”, said Ms Leong.

“We heard statements from scientists, health professionals, council planners, academics, residents and community campaigners that all led to the same conclusion - WestConnex is a disaster and will have a huge negative social, economic and environmental impact on all Sydneysiders.

“The Baird government’s bypassing of proper planning processes and its point blank refusal to act on the glaring problems with the WestConnex project, were themes that came up again and again throughout this Inquiry.

“Key speakers called for an independent inquiry and oversight into WestConnex as the links between the NSW government and big construction companies, some who have now been caught acting corruptly, were exposed.

“The Peoples WestConnex Inquiry will continue to hear testimony in the coming months at other locations on the WestConnex route.

“It remains to be seen how long the arrogant Baird government will push ahead with WestConnex in the face of this level of criticism and opposition to the project,” she said.

Transcripts and videos of all presentations and testimonies made to the Inquiry will be made publicly available. They will also be shared with all Federal and State MPs along the route so they can fully appreciate the people’s concerns.